As some of you know I'm doing the Easy Street Mystery Quilt Along  hosted by Bonnie Hunter. She had part 1 posted last week and with a lot of things going on I kind of fell behind.  I had the fabrics cut and in one of the evenings I've sewn the strips together. I had a little hick-up in the beginning as I forgot to check if I had a 1/4 inch seam allowance so had to re-sew about 15-20 strips :) 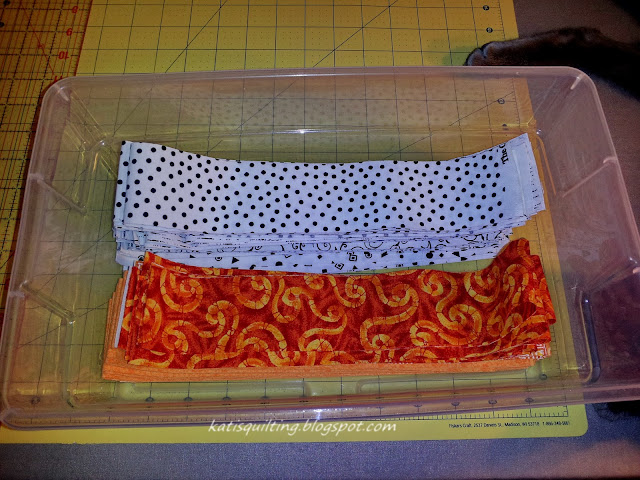 I had to do some cooking for someone which involved baking cheese  biscuits. Here are before and after pictures: 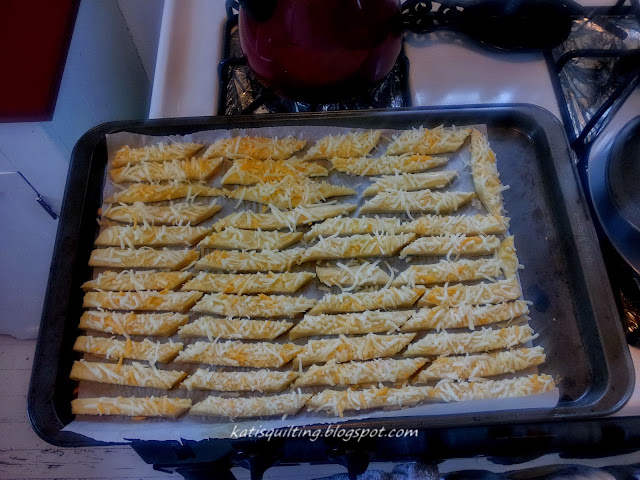 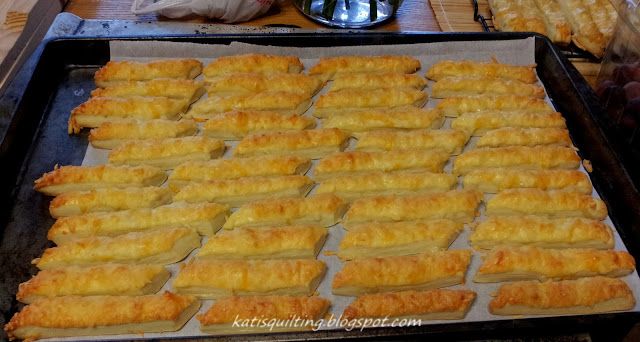 Friday night I started to sub-cut the 2-sies continuing on Saturday while listening to The History Quilter podcast.

Finally I got to the point to be able to chain piece them. Even though I made sure  I  make it totally scrappy, meaning not to put the same kinds of fabrics together I had to pay attention while piecing. And it happened. I managed to sew 3-4 units of the same fabrics. Un-sewing :) 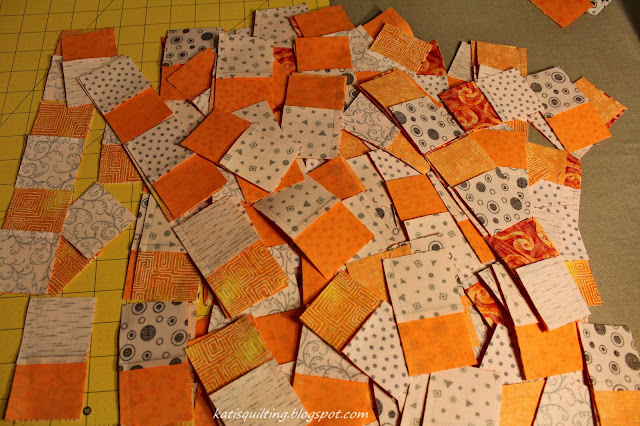 I worked up until about midnight to get all of them cut apart and finger pressed: 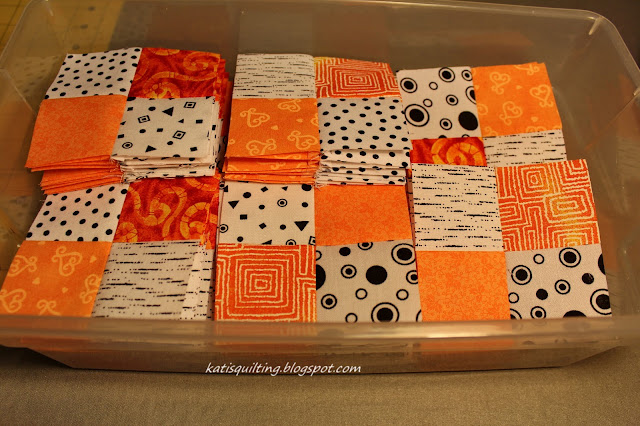 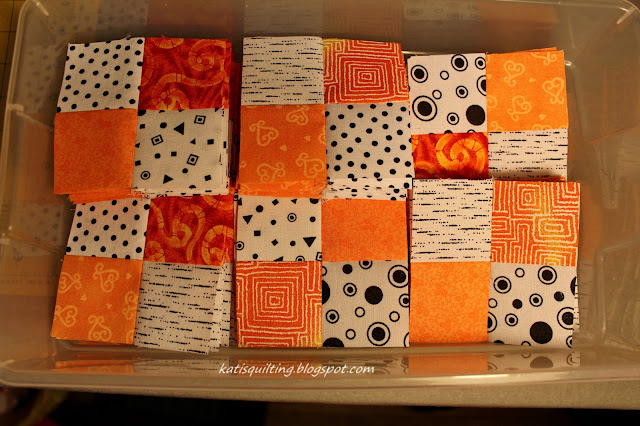 I'm glad I started this project even though it sounds like "back-to-basics". I learned that I don't always have to pin religiously. I became an anti-pinner :) I was sewing a lot faster without pins and still managed to sew the patches together pretty nicely. AND the points are matching :)
Next step: flying geese. Yay! :) I'll be using my purple fabrics for those. Hoping to cut the fabrics at least and test out the method Daisy is using. I want  to cut my squares a little larger and trim it back to size. We'll see what happens :)

My helpers for this part were Sleepy  and Smoky: 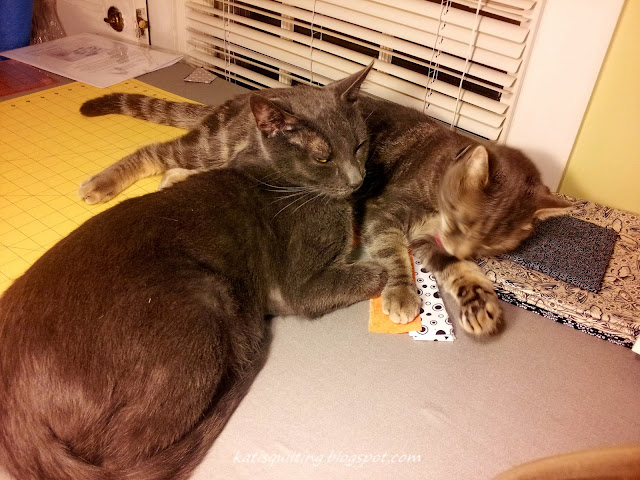 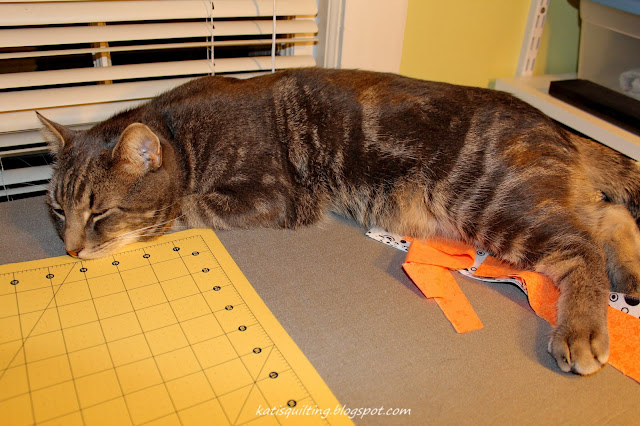 Posted by Kati from Kati's Quilting at 11:27 AM