My works in progress (WIP-s)

I'm working on a Christmas QAYG quilt and have most of the blocks quilted. 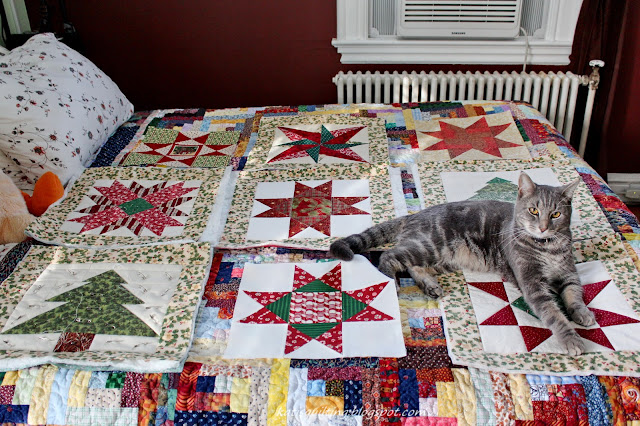 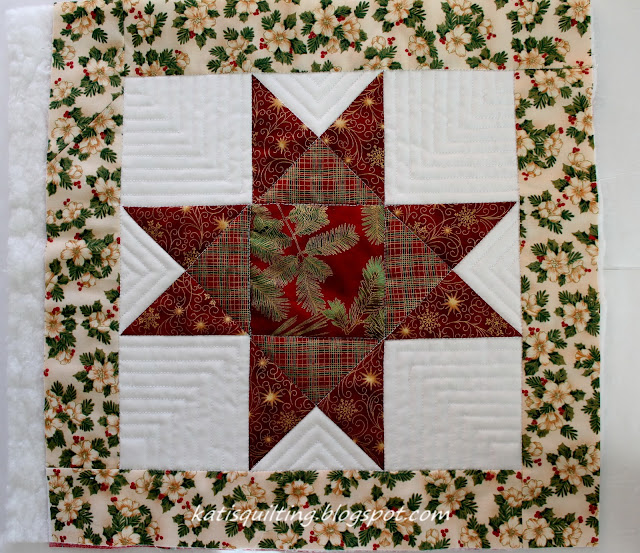 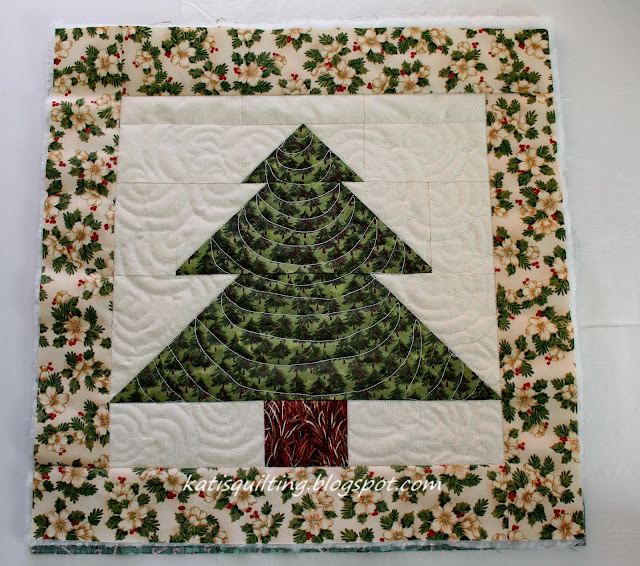 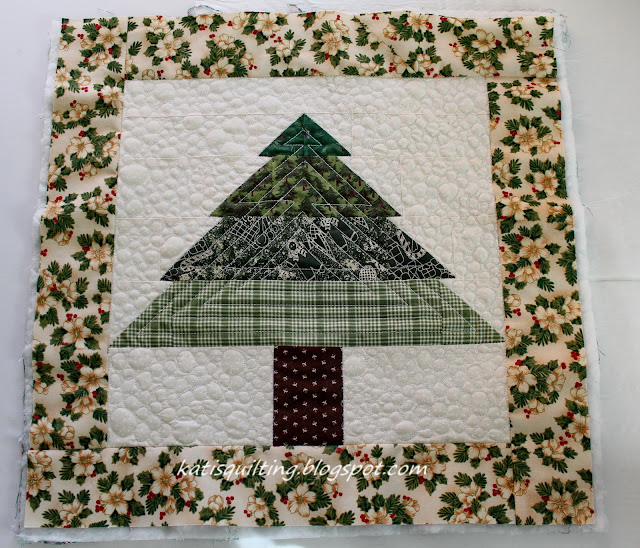 The Grandmother's flower garden was started back in 2003. It's mostly my vacation relaxing project since it's all hand pieced. I worked it up to a queen size. I'm planning to put a border on it and still haven't figured out how I will sandwich the 3 layers together since it doesn't have any raw edges to work with. I was going to hand quilt it originally, but I might just give in and machine quilt it. 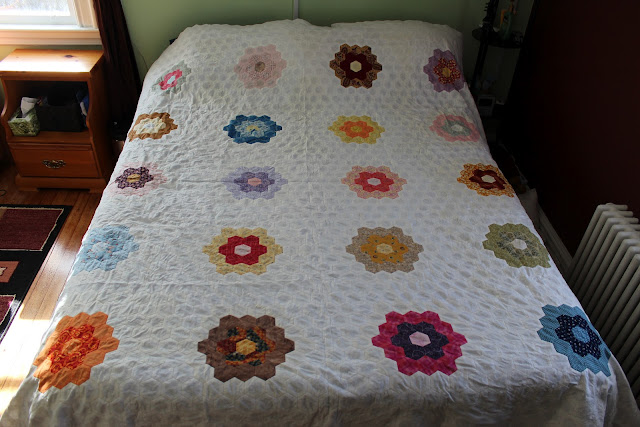 These roses were made for a rose topiary quilt I saw on Simply Quilts. I'm not an art quilter so I haven't got the guts to finish it yet. I was thinking to make a green bottom kind of like the green stuff holds the petals in place. Besides that all I need to do is to put a pot on a background and then attach the roses. I haven't decided if I wanted to make some more. I'll see when it progresses. 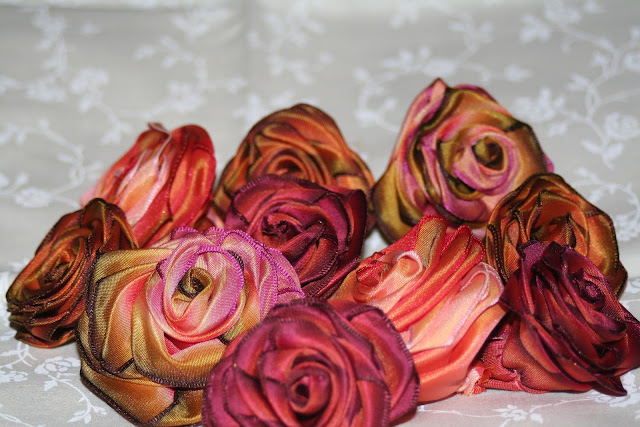 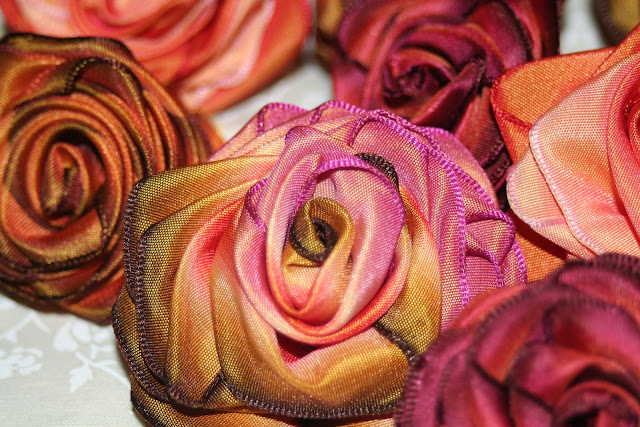 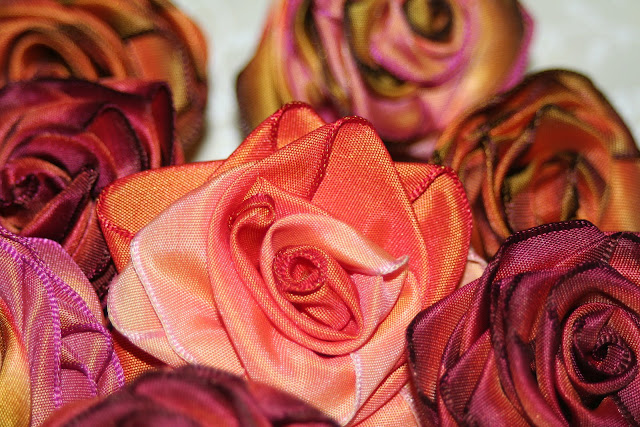 I also have this monkey quilt to make a back for and quilt. Since I started this one 4 years ago I'm not sure if Nikki, who's 13 now would still like the monkeys, even though She'd picked the fabrics for it. She'll have a room makeover and has the colors picked out already and I was thinking to make the back with the same pattern from the colors She chose and maybe make the quilt reversible that way. She actually wanted blue for the backing and I started to piece the letter N out of blue and white fabric when I ran out of Kona white. I bought some more so I'll be working on that one shortly. 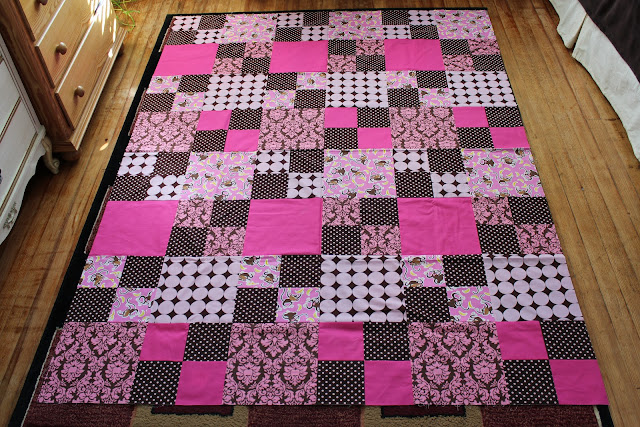 I participated in Bonnie Hunter's Easy Street quilt along in December 2012/January 2013. When I was done with all the blocks for the original size I decided to make it bigger because I wanted a larger quilt, but didn't want  to put borders on. Now  it has 1 extra row  and 1 extra column than the original. I'm in the process of making some extra blocks and setting triangles because somehow my calculations were short of 4 blocks and 3 triangles. Oopsie! :) As I laid it out on the floor I realized that I created a MONSTER! This thing is HUGE! It'll probably measure around 104" square. Ehem.
I only have a phone picture to show. 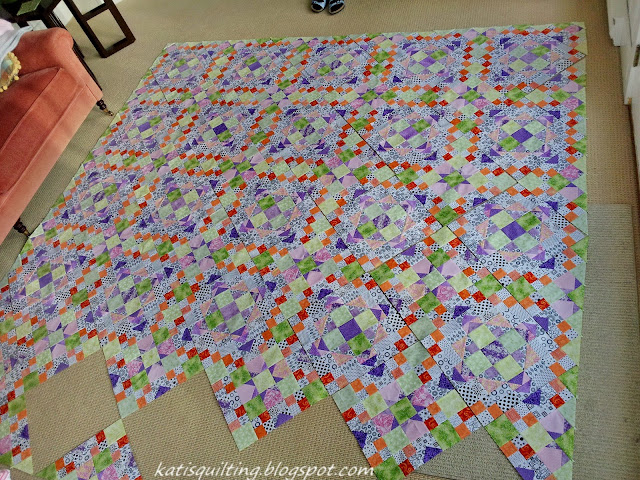