So surprisingly I've been working on some stuff lately. I know, right? :)
I finished my super secret projects, and also another one just came along as I was reading Valerie's blog, specially this blogpost. She is participating in Kat's blog drive , and while reading her blog I realized it's a great cause, and not much effort to make some blocks. So I did, and forgot to take a picture before I closed the envelope. A real bummer!
BUT... I did take some photos of the other things I've been working on! I went to house/dog/cat/guinea pig/chinchilla sit in the beginning of the month, where I had the evenings to myself alone, which I have to say was quiet nice. Literally.
I had an opportunity to listen to my book (Outlander series), and do some hand stitching without any interruptions.
I took some 5" squares with me that I've cut previously (planning to take it with me this time). I used Sy, Elsk, Lev's very nicely written tutorial, I highly recommend it! The ornaments came out pretty good! 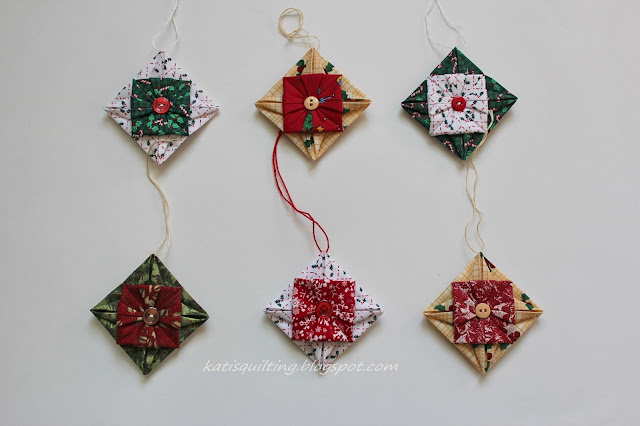 One takes between 30-35 minutes to make from start to finish, including sewing on the buttons and the hangers. I did the folded parts first, then sewed the buttons and hangers on all of them at the same time.

After I came back home I discovered some new episodes of  Lewis on Amazon prime, and started to watch those, and needed some sewing project at the same time. I found more tutorials to use on my Christmas Crafts Pinterest board. Specifically Katrina's tutorial which I found later via Youtube. These need some machine sewing. I varied the sizes, and made the first one out of 8" circles, then went down to 6" to see what those would look like. I found the 8" ones too big (for my tree at least), but if you usually have a floor to ceiling tree the 8" would look fine. I took a picture of the small ones in the company of the one bigger one for comparison. 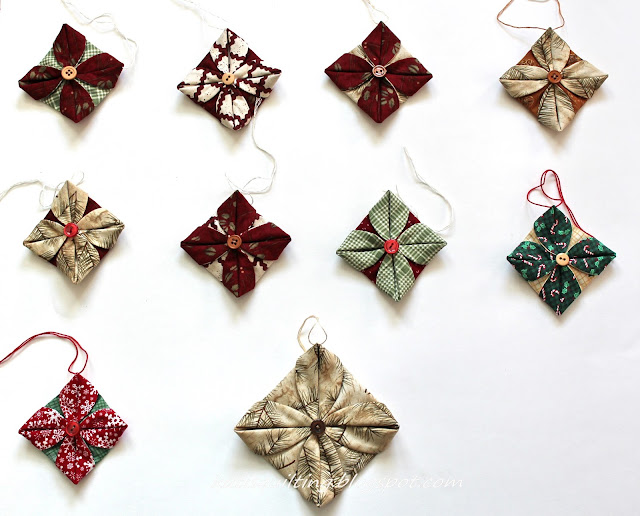 Of course since the largest one was the first, I didn't realize I was supposed to use contrasting fabrics. DUH! But at the end I like the way it looks, so I just left it the way it is.

Here is a close-up of the bigger one: 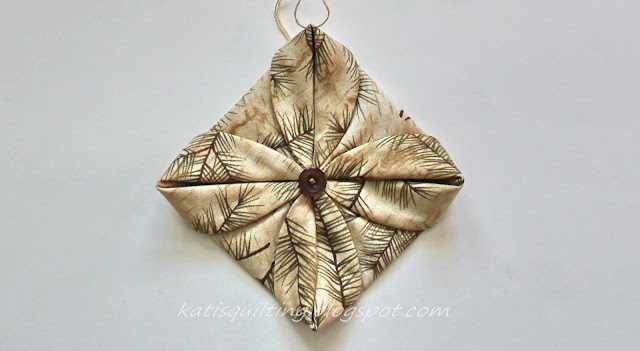 Finally I wanted to see if I can find some new card designs that I like, so I tried out Stich n sing's Somerset Star card tutorial. It's a bit tedious, but it was worth a try. All I can tell it'll be not the default Christmas card I'll make this year :) I got as far as making the star, will still have to "fix" it to the card stock I'm guessing by stitching... 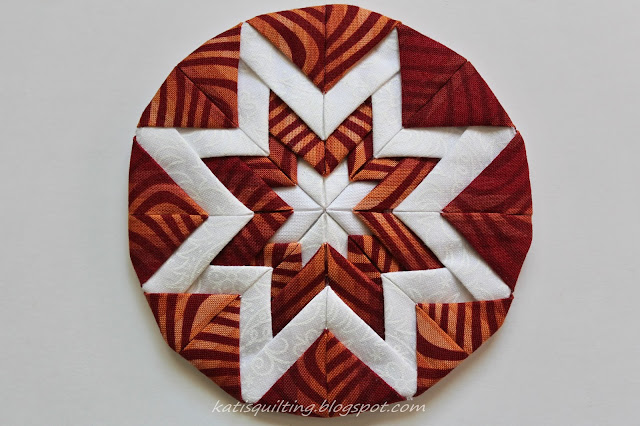 Finally some Fall photos I took with my phone while walking. I love the colors! 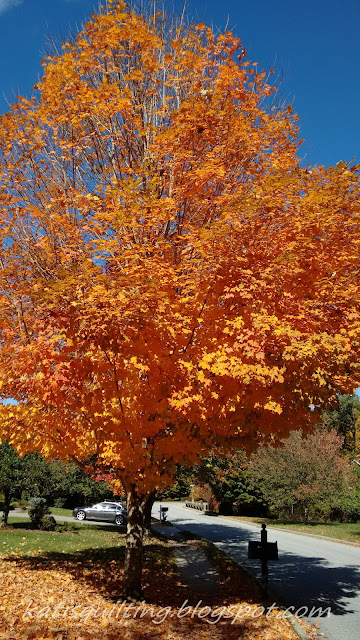 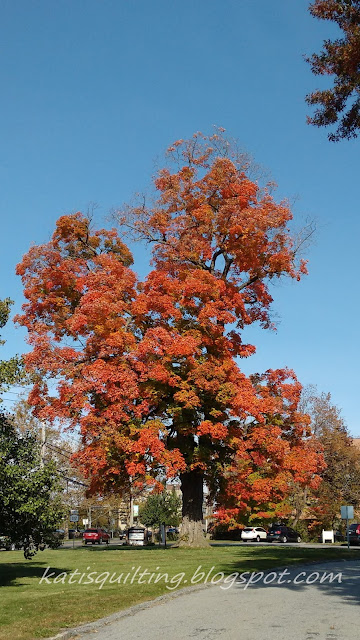 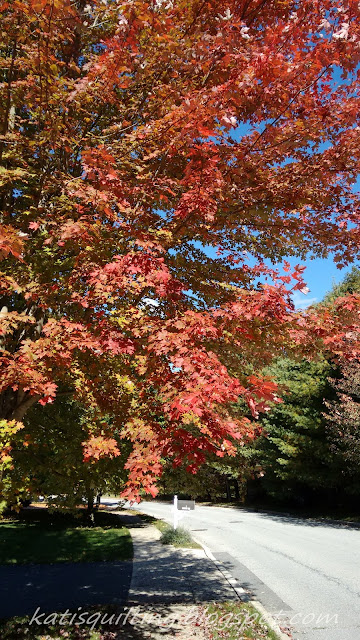 I'll be away this weekend again, and will do some more hand sewing. Stay tuned for more photos!