Sooo.... the wait is over, and the  cat  sewing machine is out of the bag... so to speak. :) My twilter friends already know, but in case someone missed it, and of course for the rest of the followers, a few weeks ago we bought this sewing machine at an estate sale. The family Grandmother died, leaving behind several children and grandchildren, who decided to sell her house. Entirely! Furniture, belongings, and all. She had this beautiful Singer 27 treadle sewing machine, which dates to July 28, 1904. My Fiance saw it, and sent me a photo. My heart just skipped a beat at that moment. I told him to buy it, it was priced to a $150, including the table. We didn't know if it was in working condition, or not, but I thought we could take the risk. I have memories with this type of sewing machine, as my Mom owns one, and I learned to sew on it. I'm sure I could still use it, as it is like riding a bike, right? You can never forget once you know how to do it.
I was at work, and sent my Fiance back to buy the machine. He started negotiating with the guy who was selling it, and the guy stated they had someone to come and estimate the value of the belongings, and they priced everything accordingly. Fiance started to reason that we don't even know if it's working, it's rusty, blah blah blah. He offered $60 for it, so they settled at $80. I was so thrilled, I couldn't wait to get home! We went to pick it up together, and it's in a lot worse shape than it was on the photo, I have to say that. But nothing a little cleaning can't help with. I turned the wheel, and the needle is going up and down. I will have to buy a new belt, which I looked up on eBay, it costs about $5-6. I cleaned the table the same day, and sat down to clean the machine, and got about half way through in an afternoon. It is beautiful I can tell that already. I oiled every single part with sewing machine oil, and I can't wait to get it finished and working. I took a ton of pictures before I'd set to work, so I can show those, the after pictures will be in a little while, as Fiance will have to restore the table a little bit. I have not decided if I will keep it or not, as we don't have room at all in our apartment. I will have to come up with something really clever to convince him to store it here. We shall see!

In the meanwhile here are the photos! WARNING: There are a lot of them :) 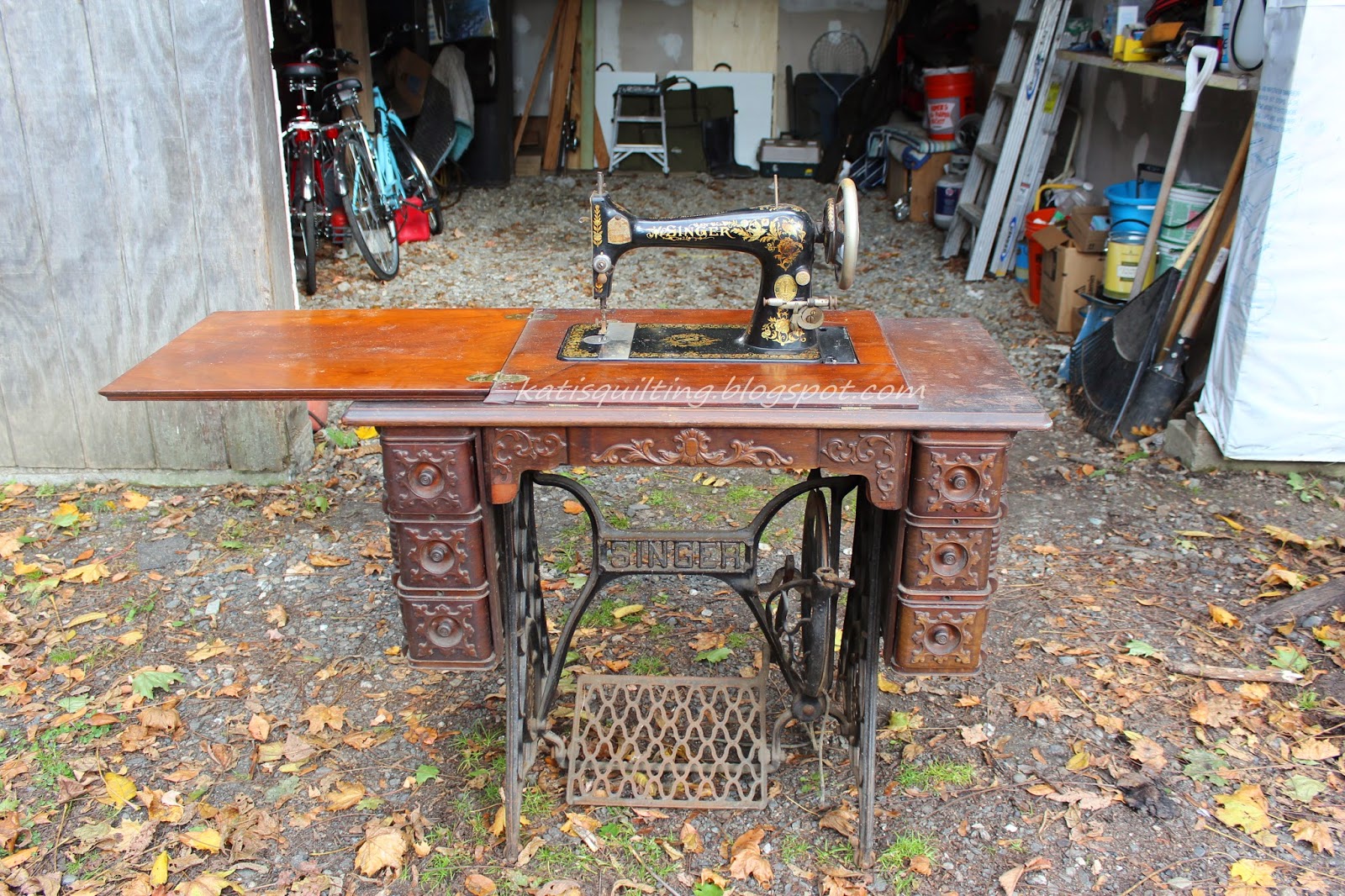 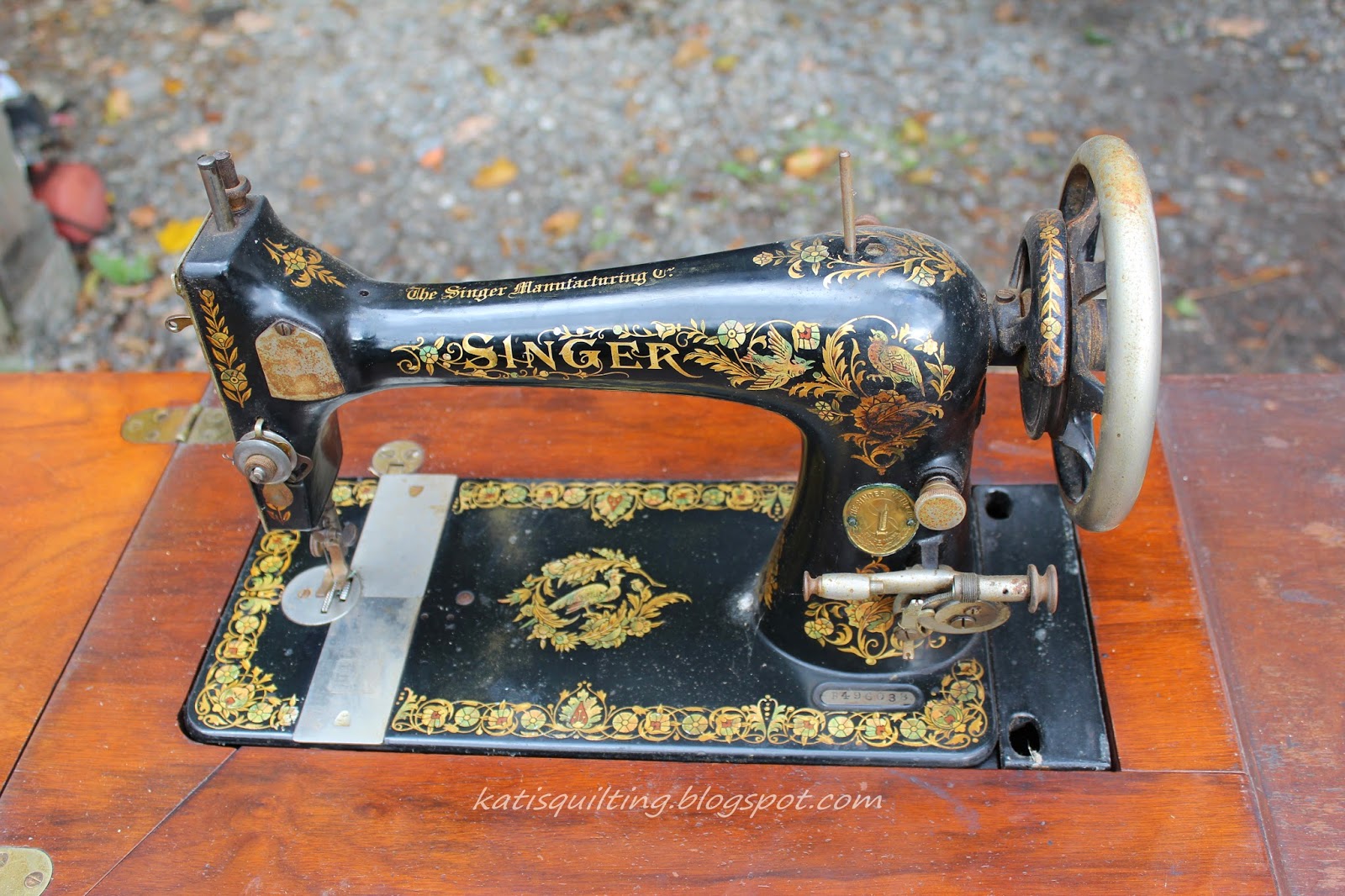 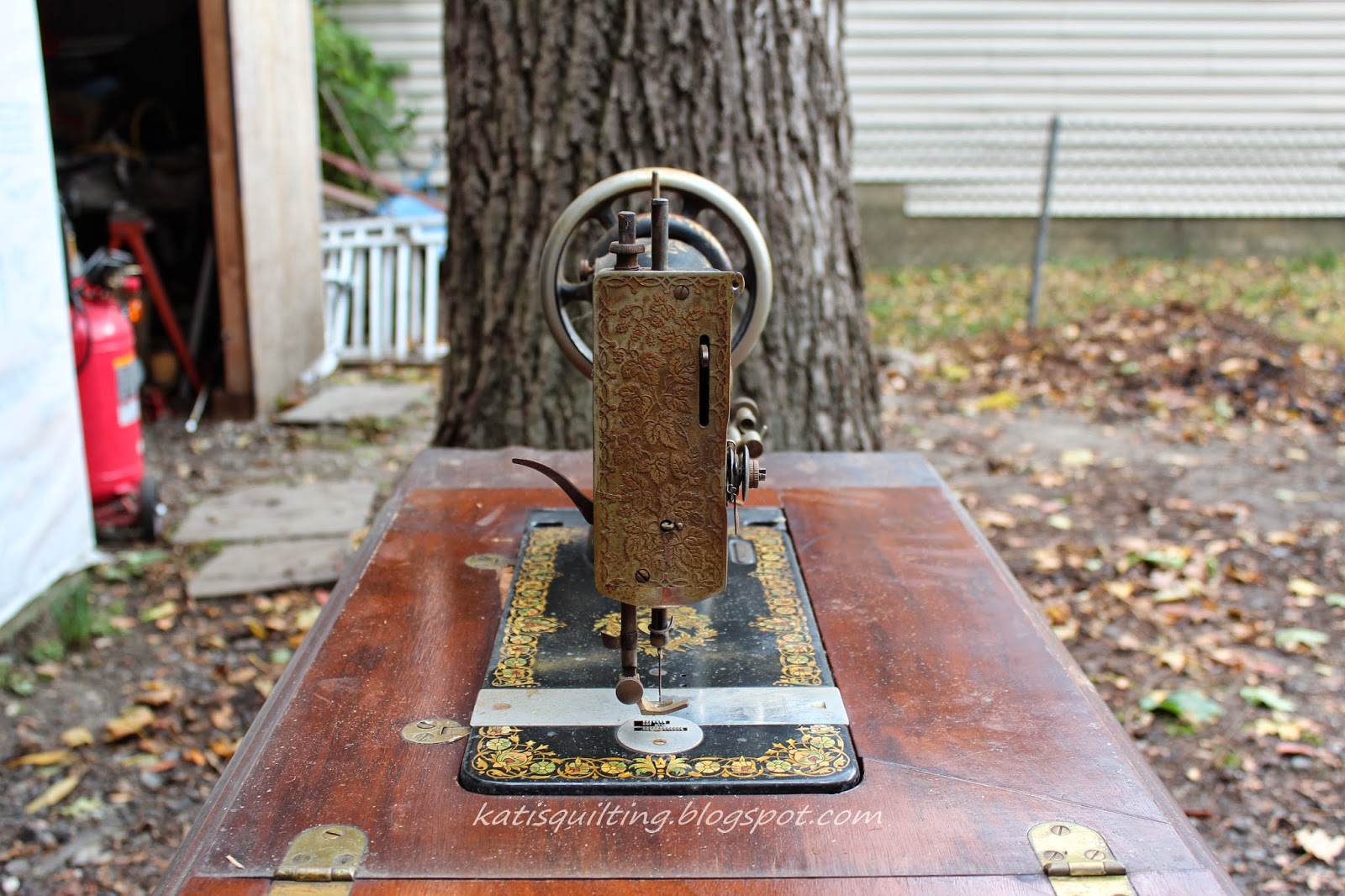 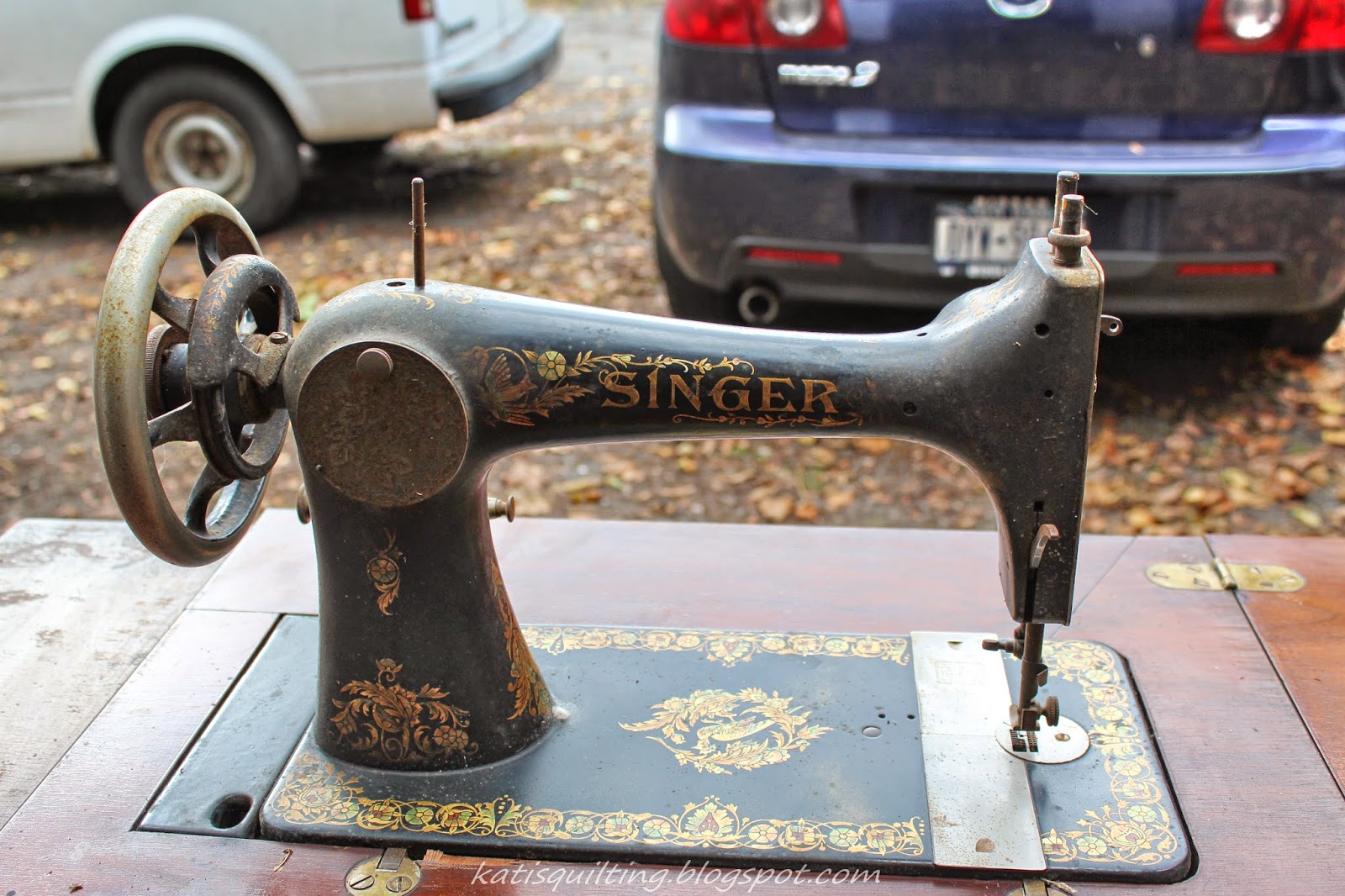 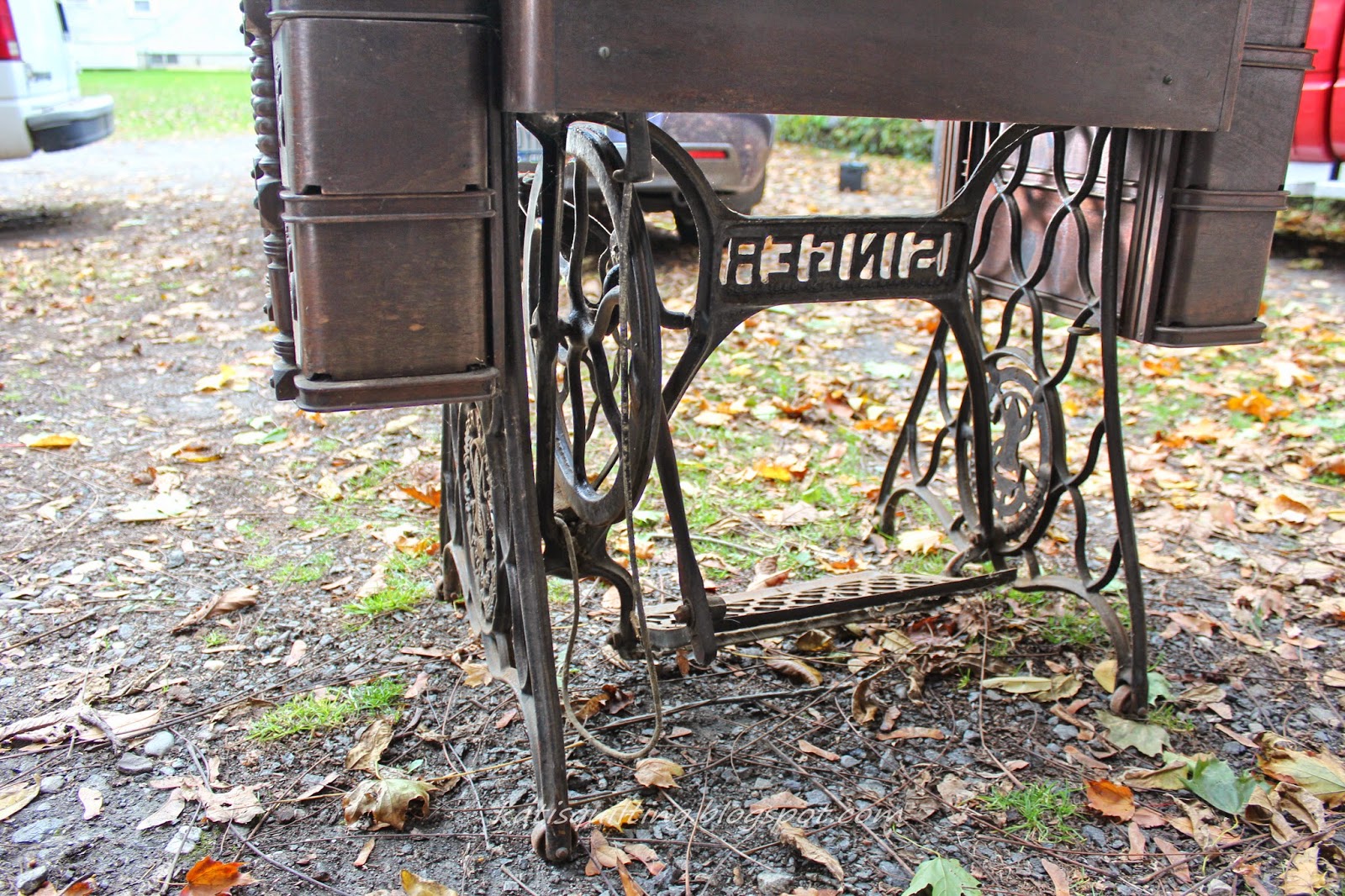 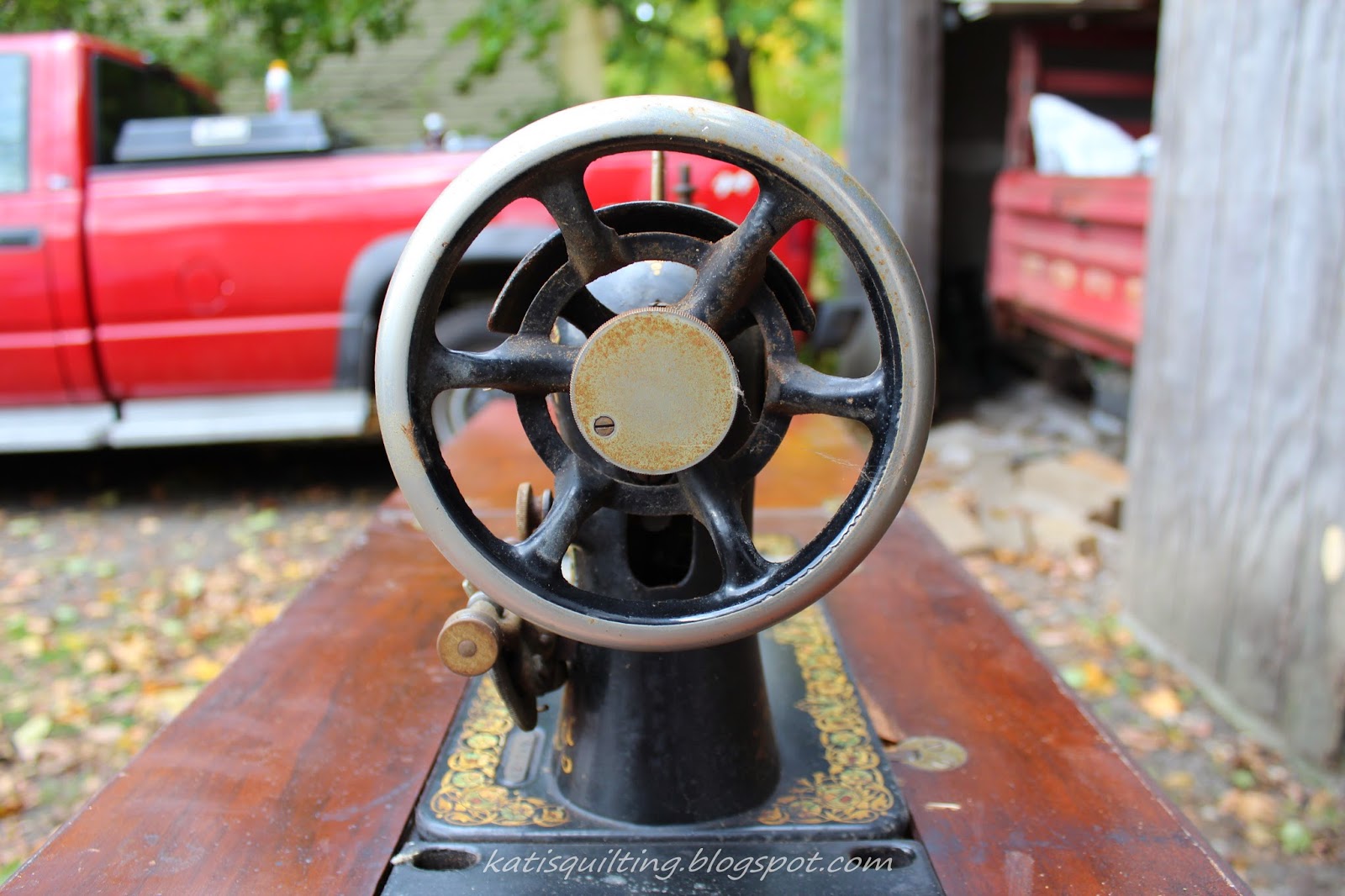 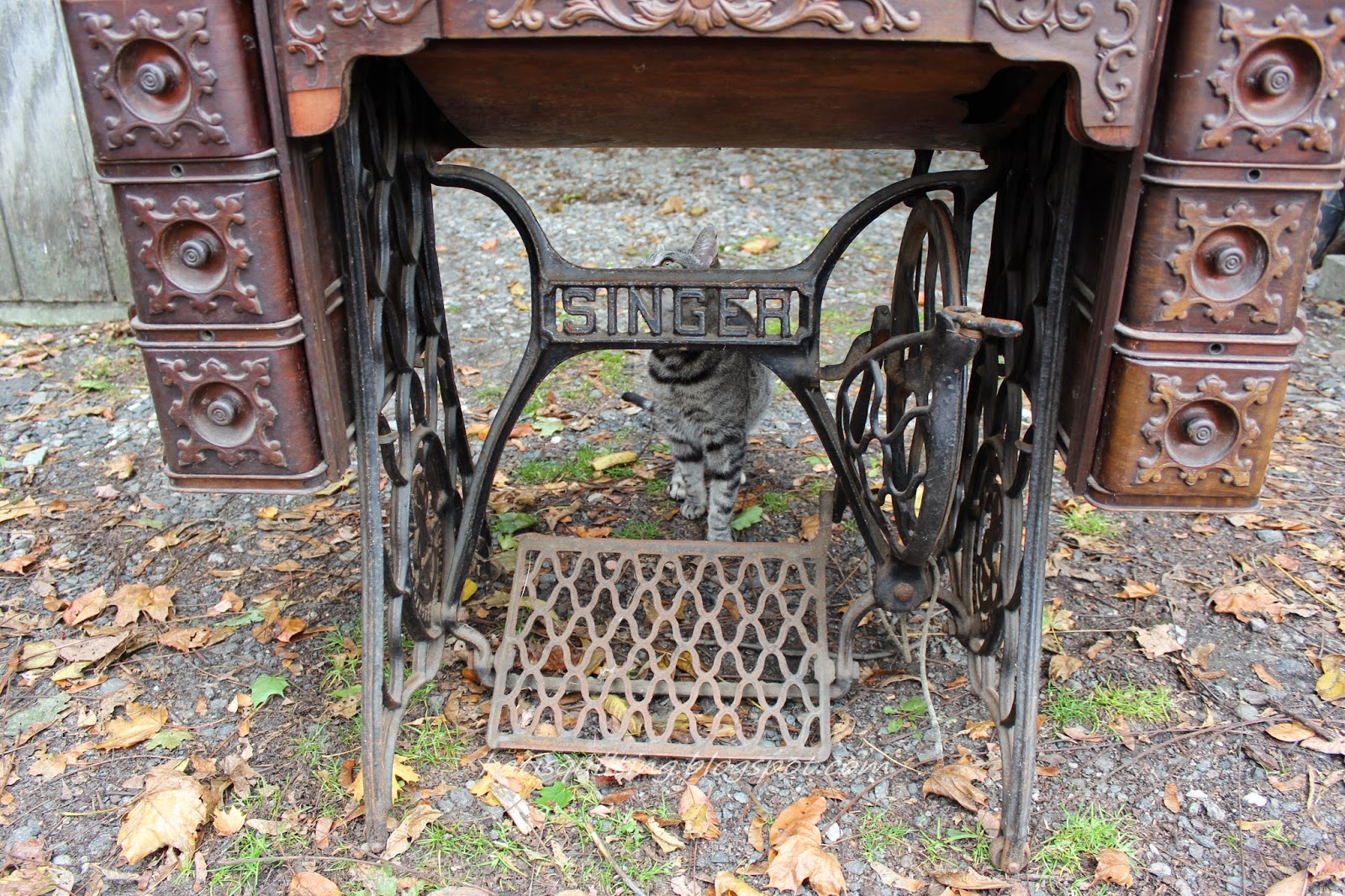 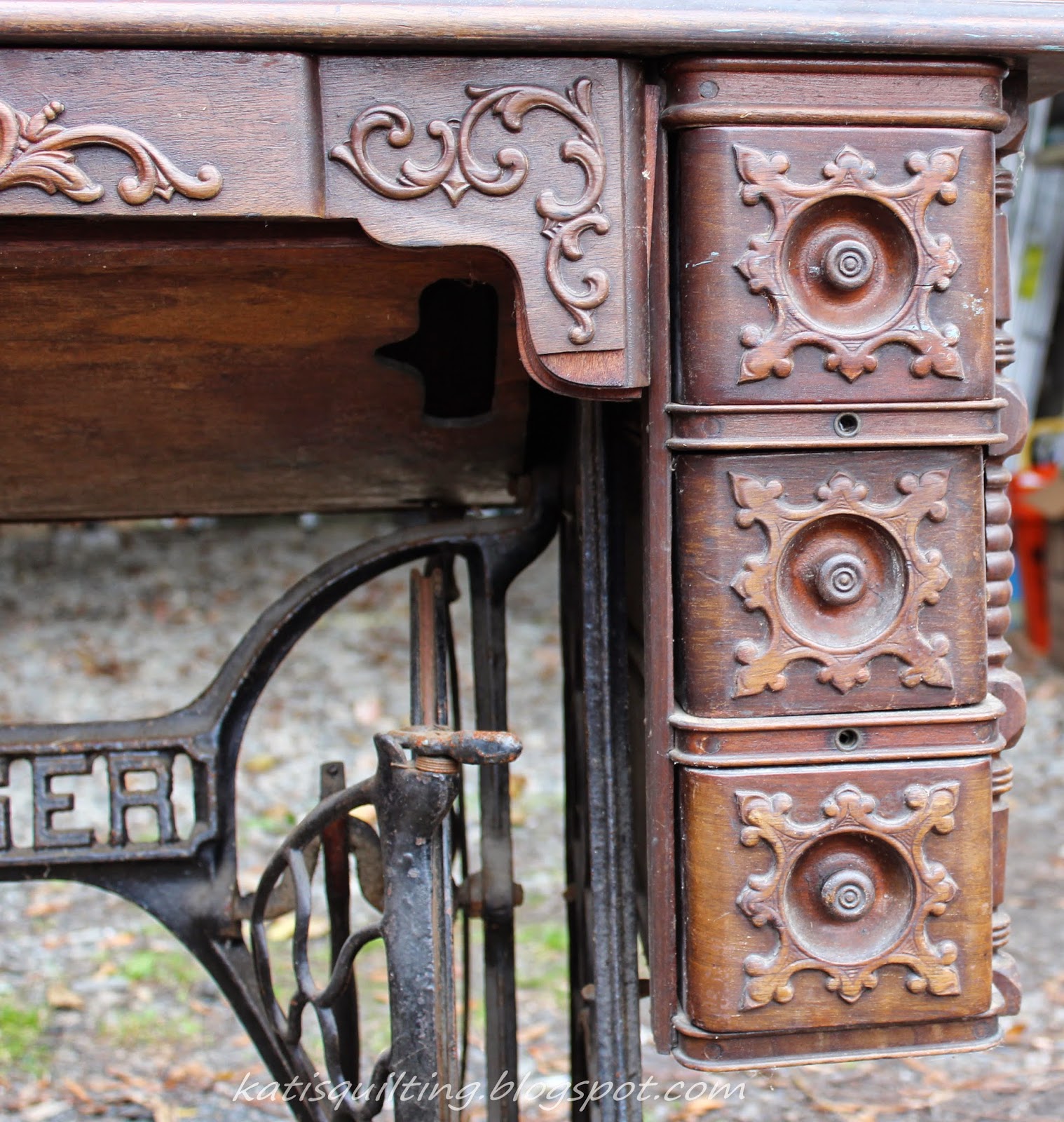 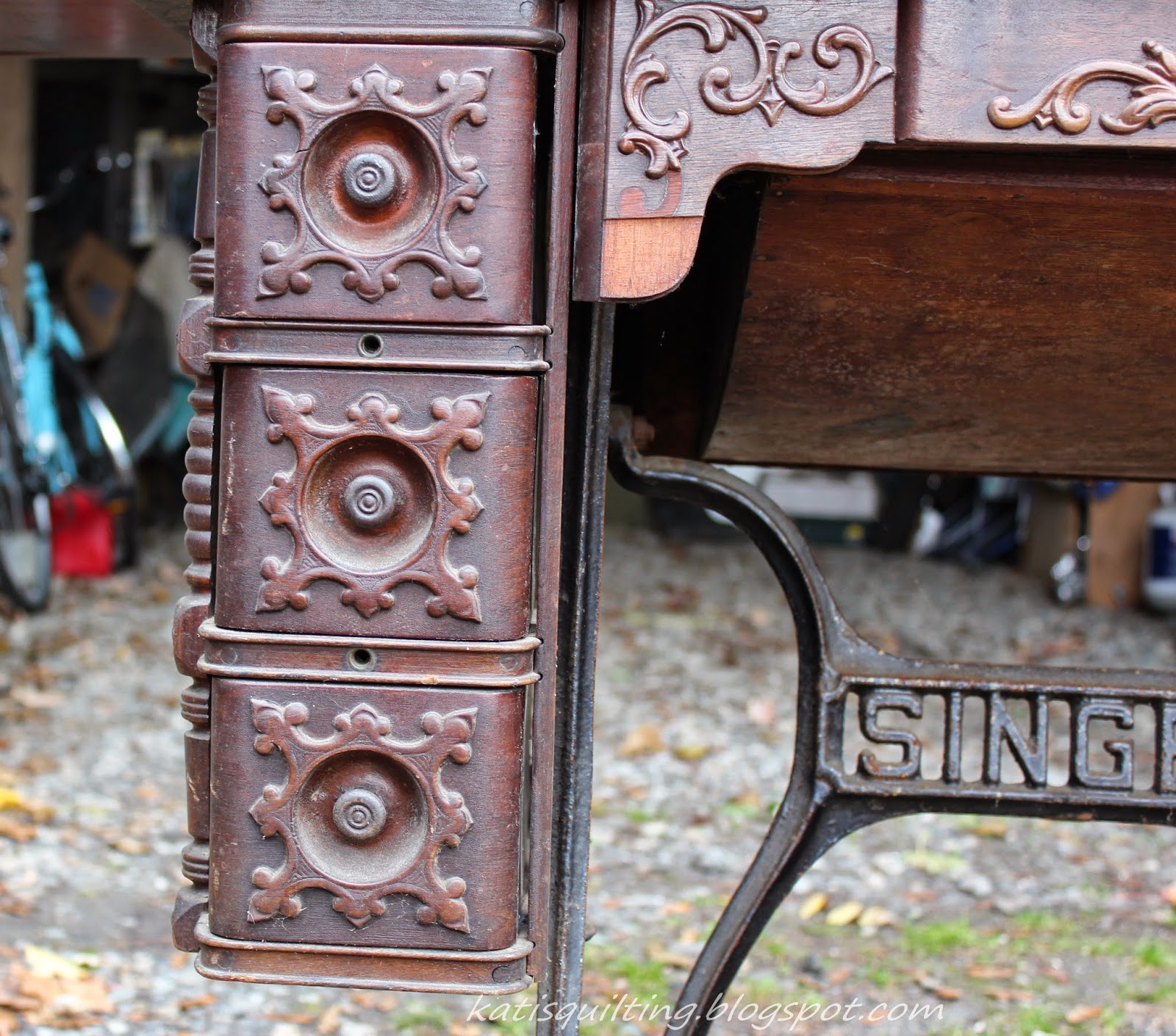 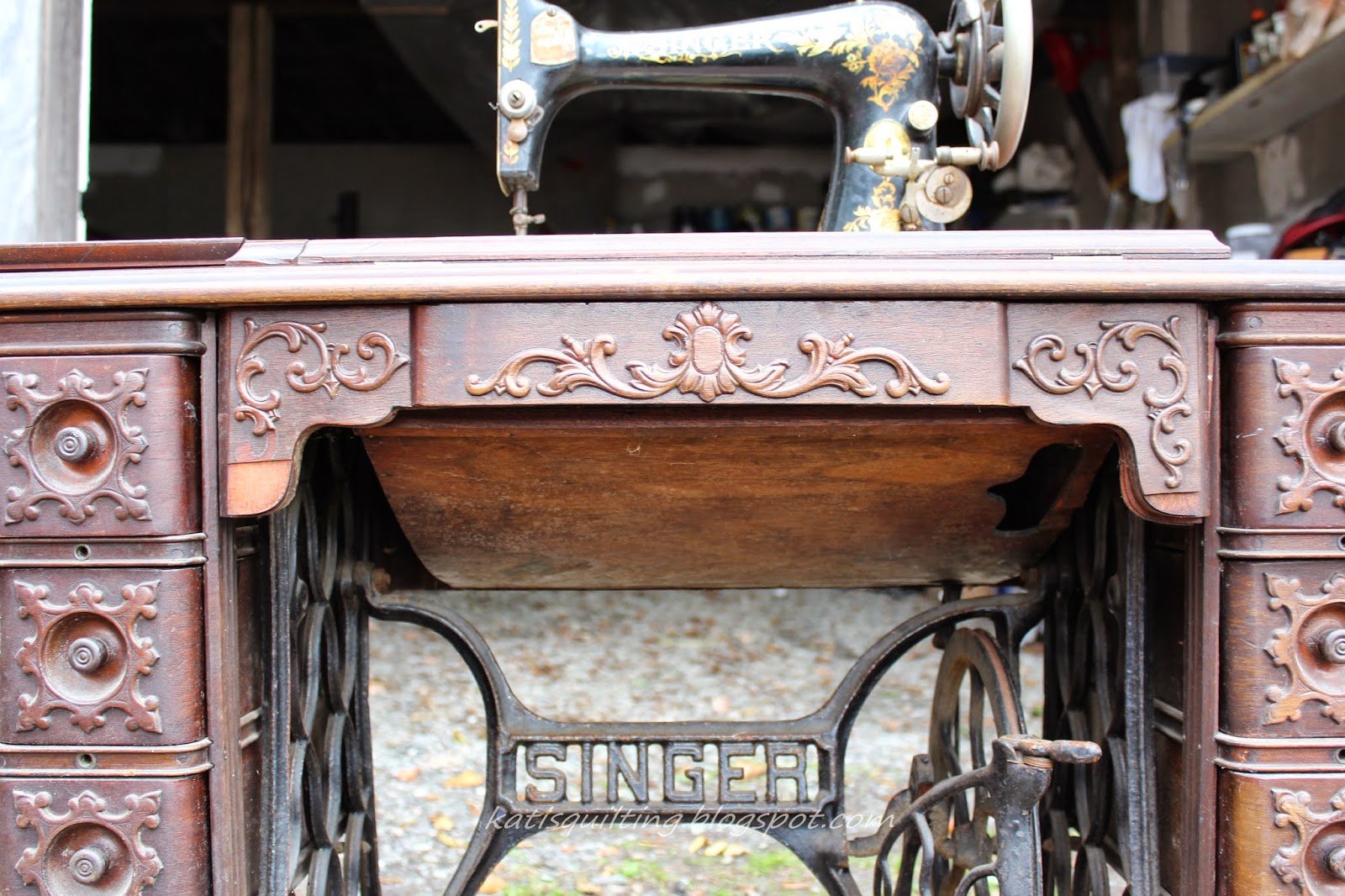 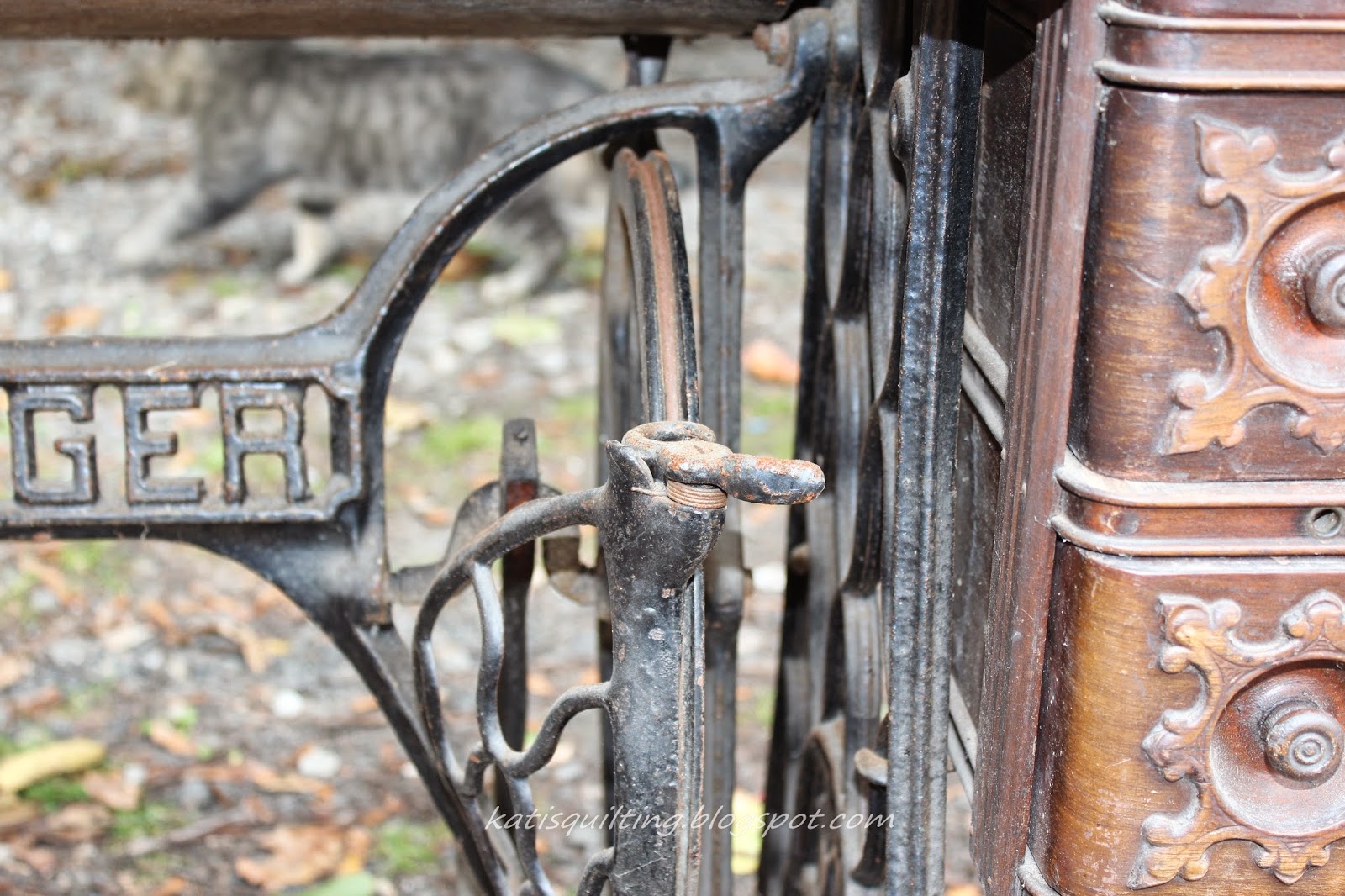 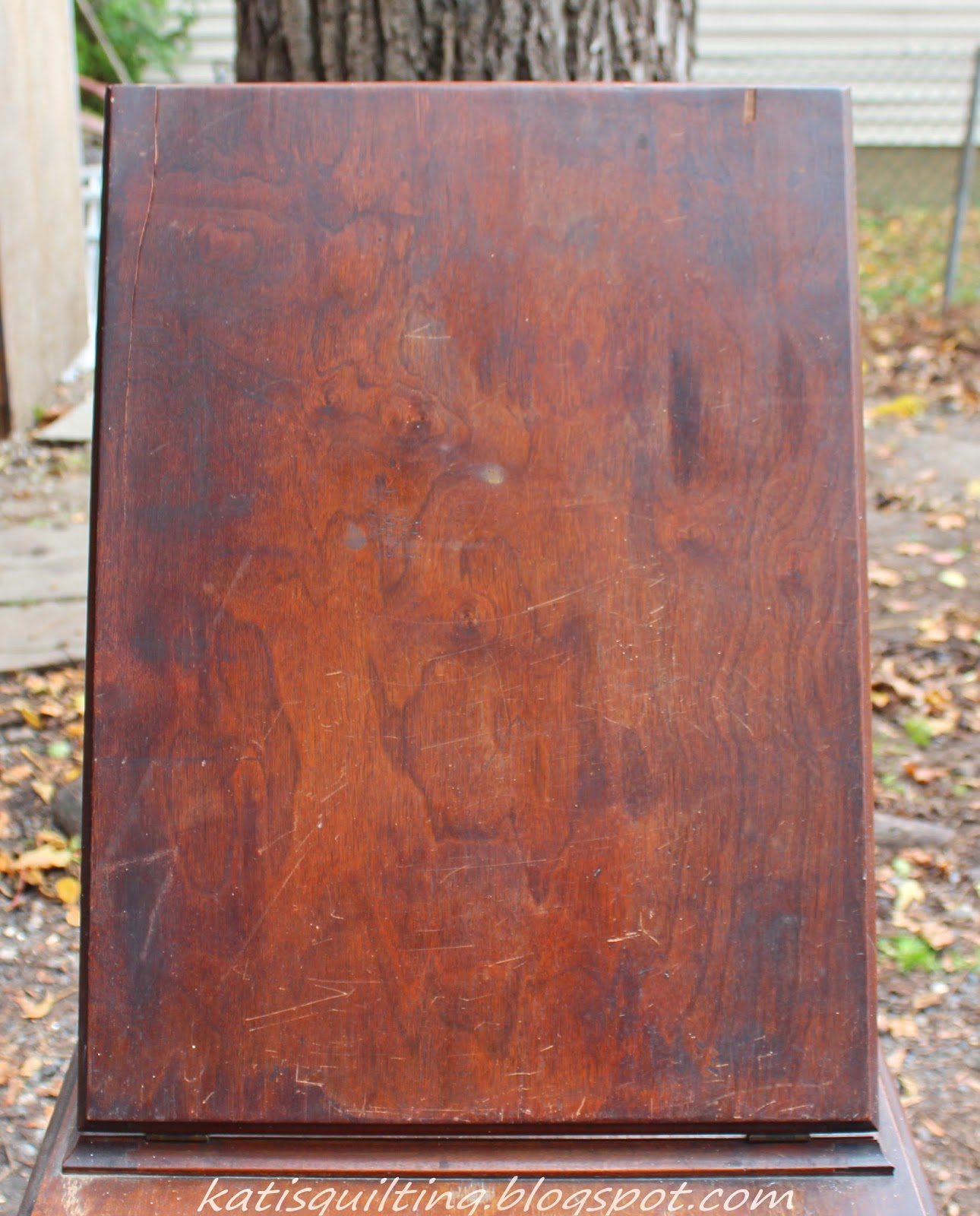 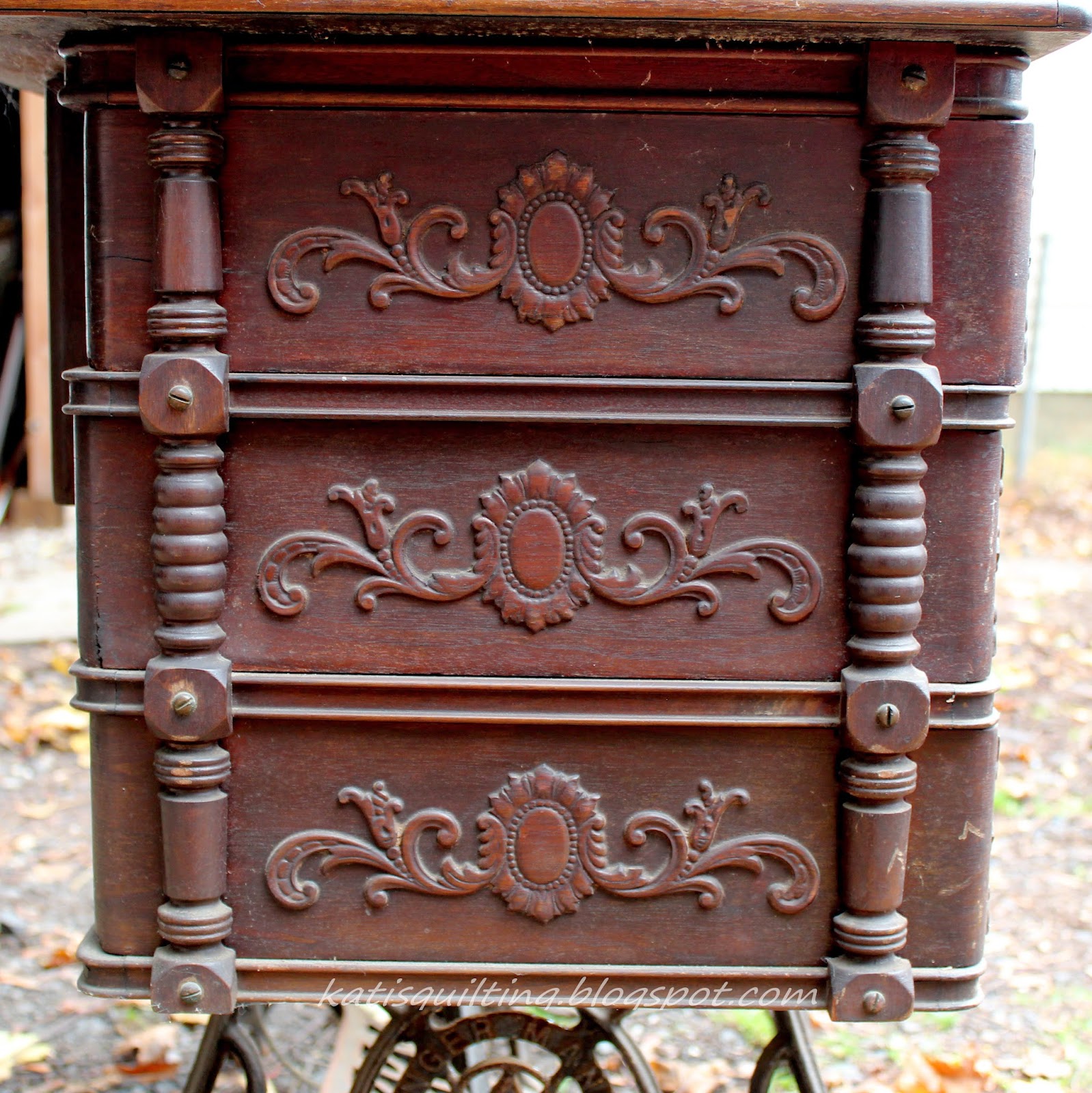 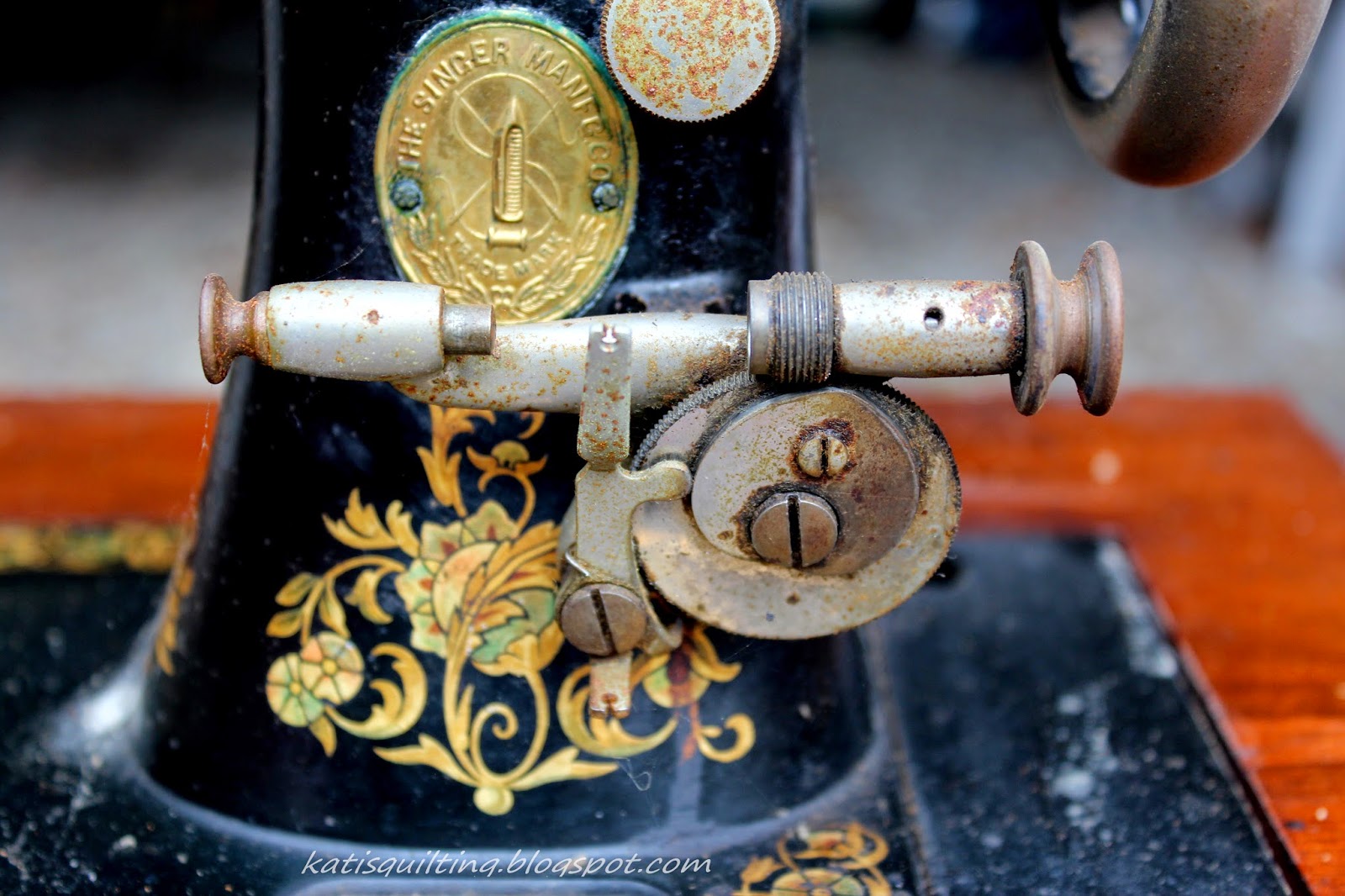 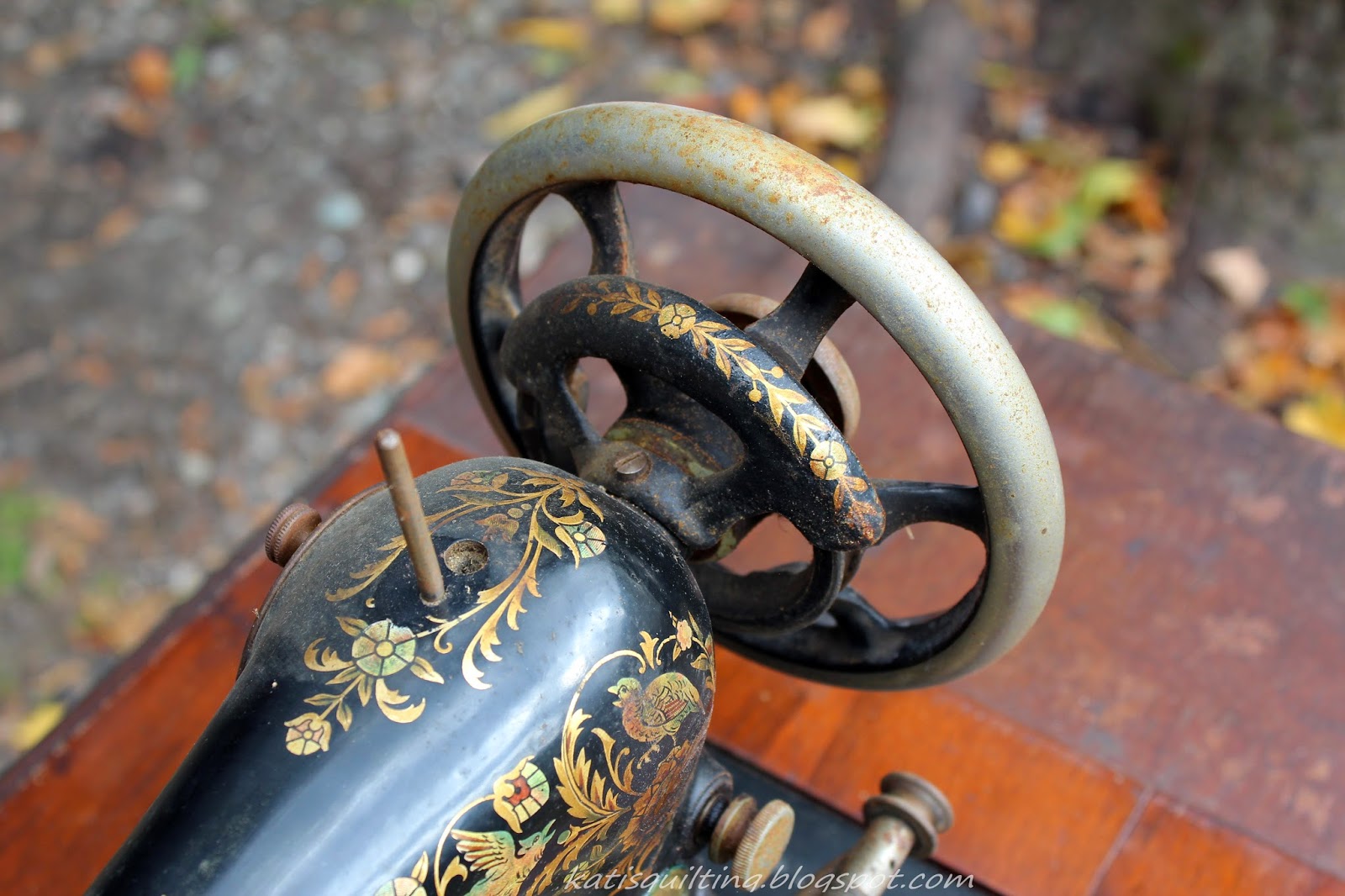 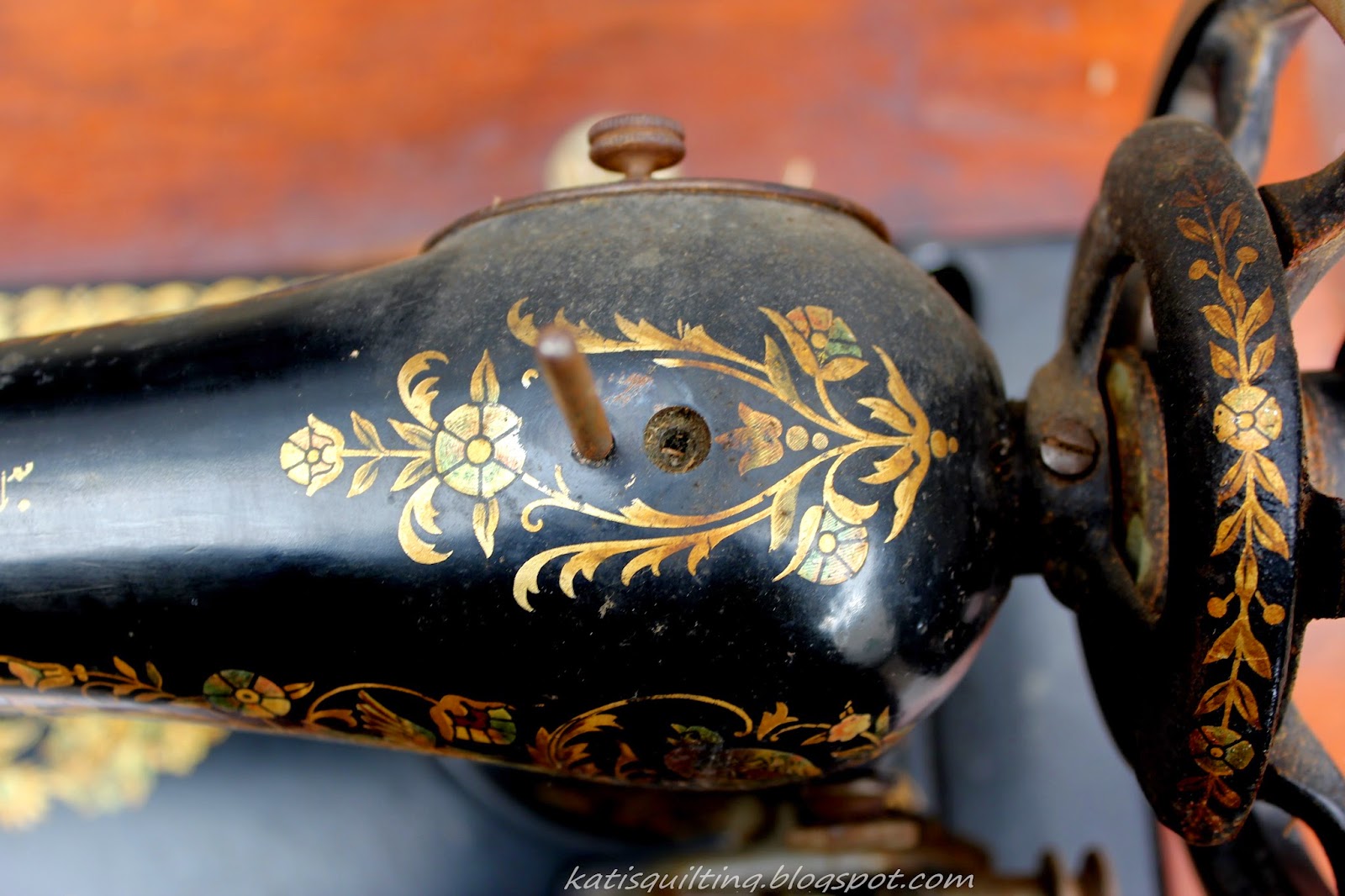 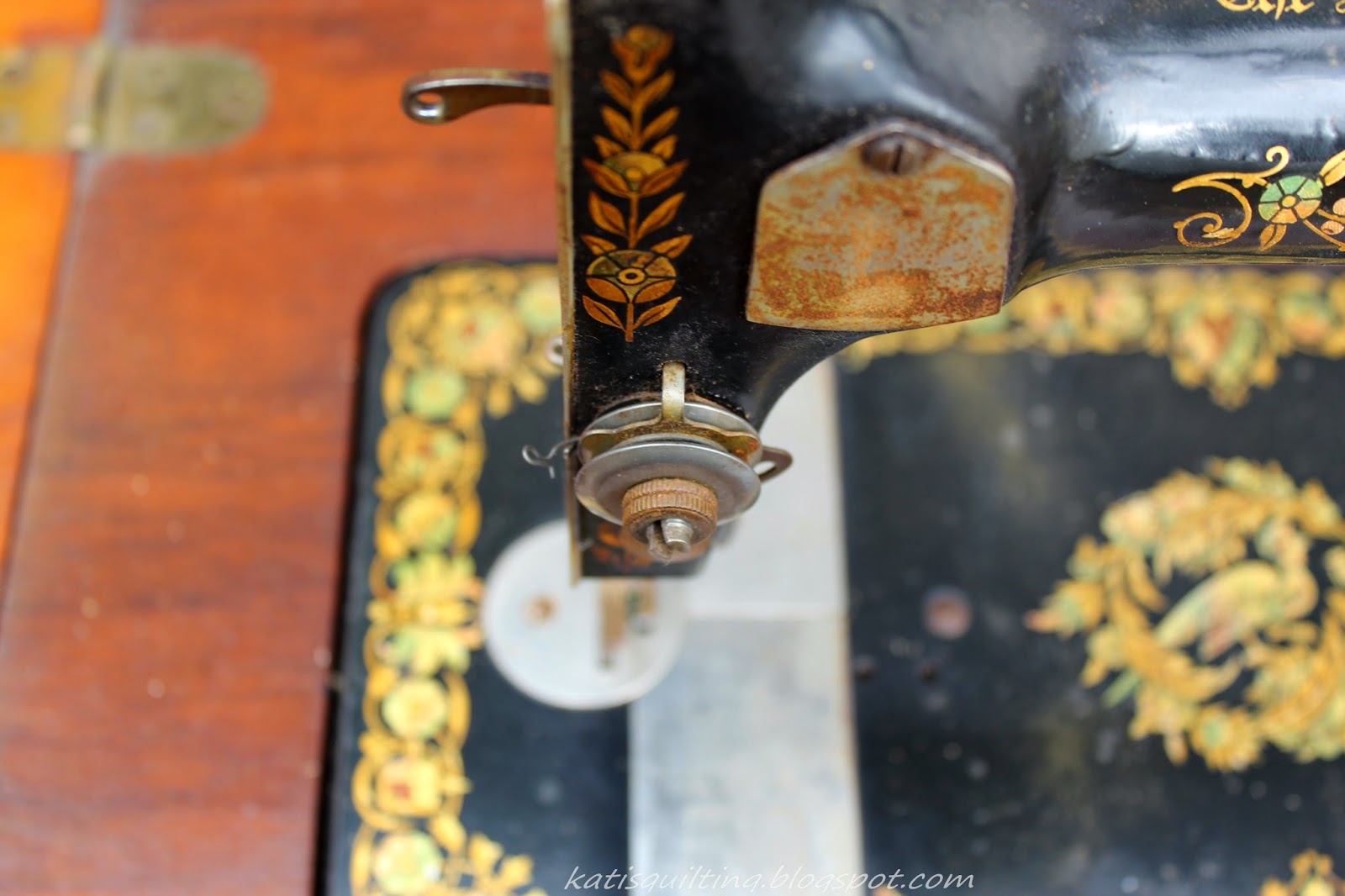 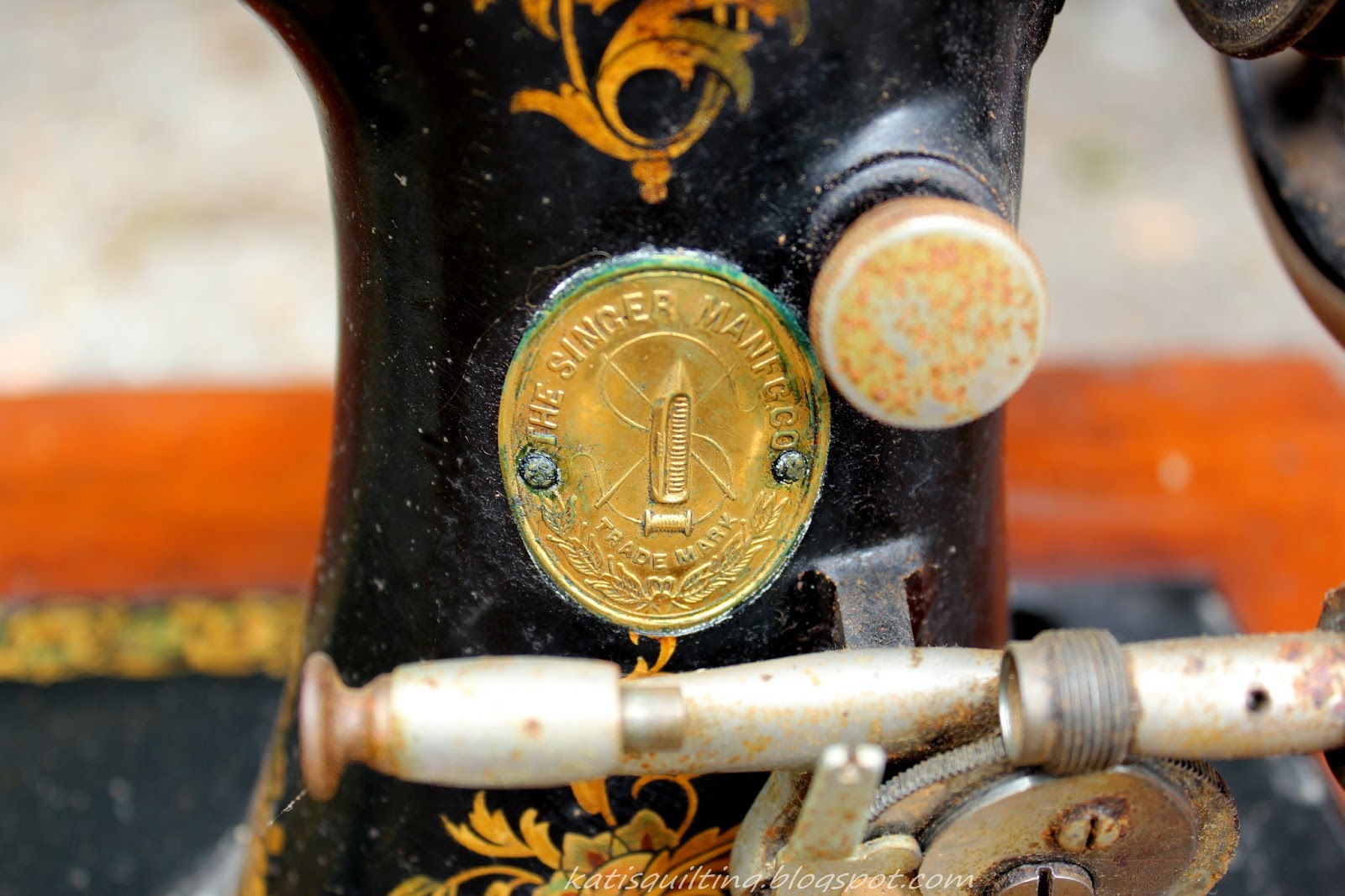 That is all for today, I will have to start to get ready for Christmas, so I'm sure I will be back with some quilty goodness soon!

Email ThisBlogThis!Share to TwitterShare to FacebookShare to Pinterest
Labels: Singer 27

I've been wanted to sit down to write a blog post for a while, but life always got in the way. It seems like when July rolled around my life just got into speed up mode, and come to November finally it looks like will slow down just a bit. However today's post will be a little off topic, but with lots of photos.

Since my Grandparents died I've been talking to my Mom more than I ever did. She changed so much over the years since I left, and it's quiet surprising at times :) For example, she got into taking care of plants. I mean, she is recovering almost dying orchids that people wanted to throw out, and I have to say with quiet a success. She sent me a photo a few months ago, and my jaw just dropped. I had some orchids I got as presents over the years, and stopped blooming, and was wondering what I did wrong. Between my Mom's advice, and a guy called Brad I found on Youtube, I can say I successfully saved my orchids that were dying as I just realized lately. I will not go into details, but I replanted all 3 of them, and after 2 months one of them will be blooming soon, and the leaves on the other two are coming back to life.

Here they are after potting them, on September 12 for the before photos, and as of today on the following ones.

This one was in the worst shape out of the 3. See how the lower leaves are all wrinkled? 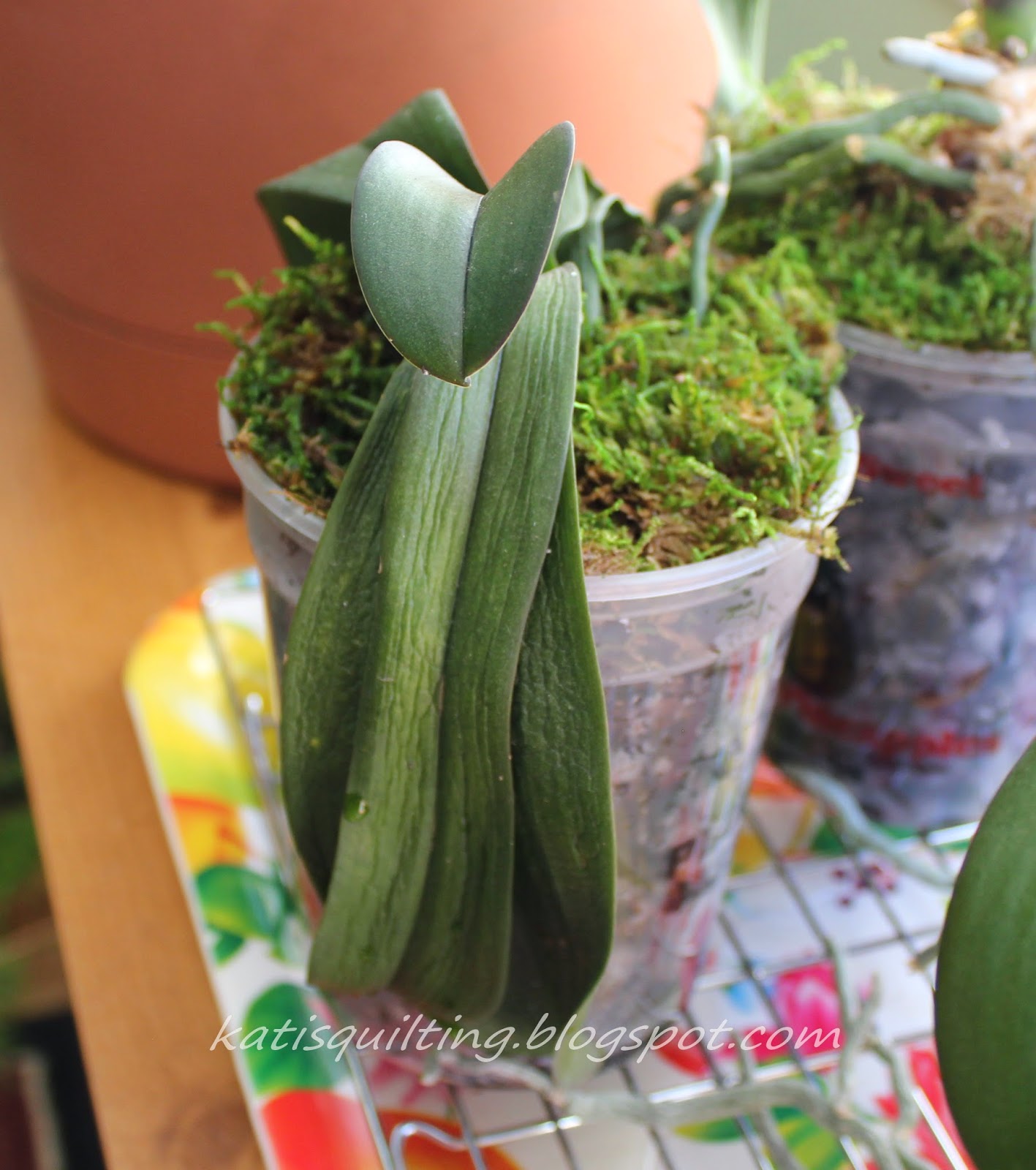 Same one from a different view: 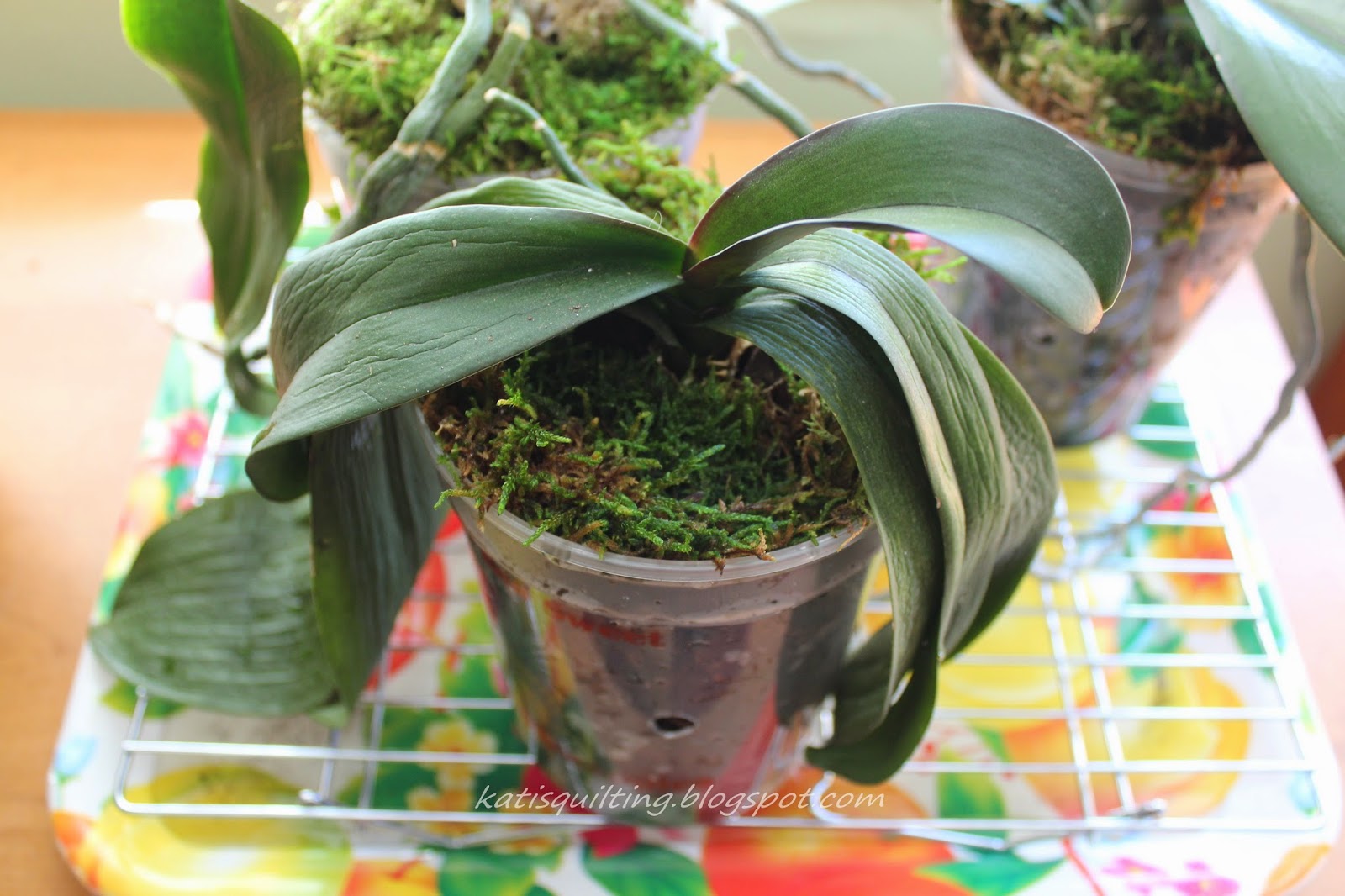 And here it is as of today, after the weekly bath. Notice the little leaf that's growing in the middle? 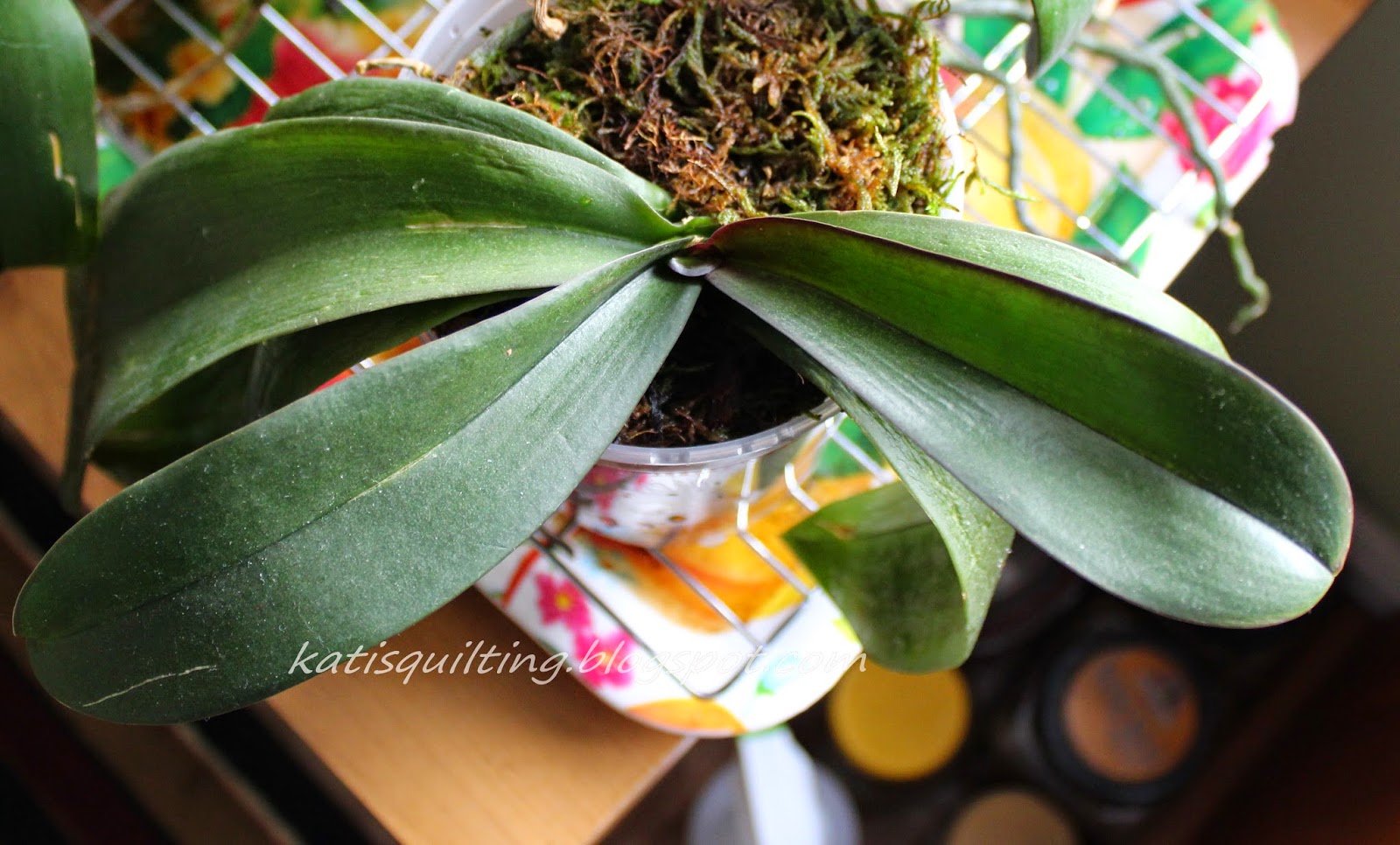 This was in a rough shape, not as bad as the first: 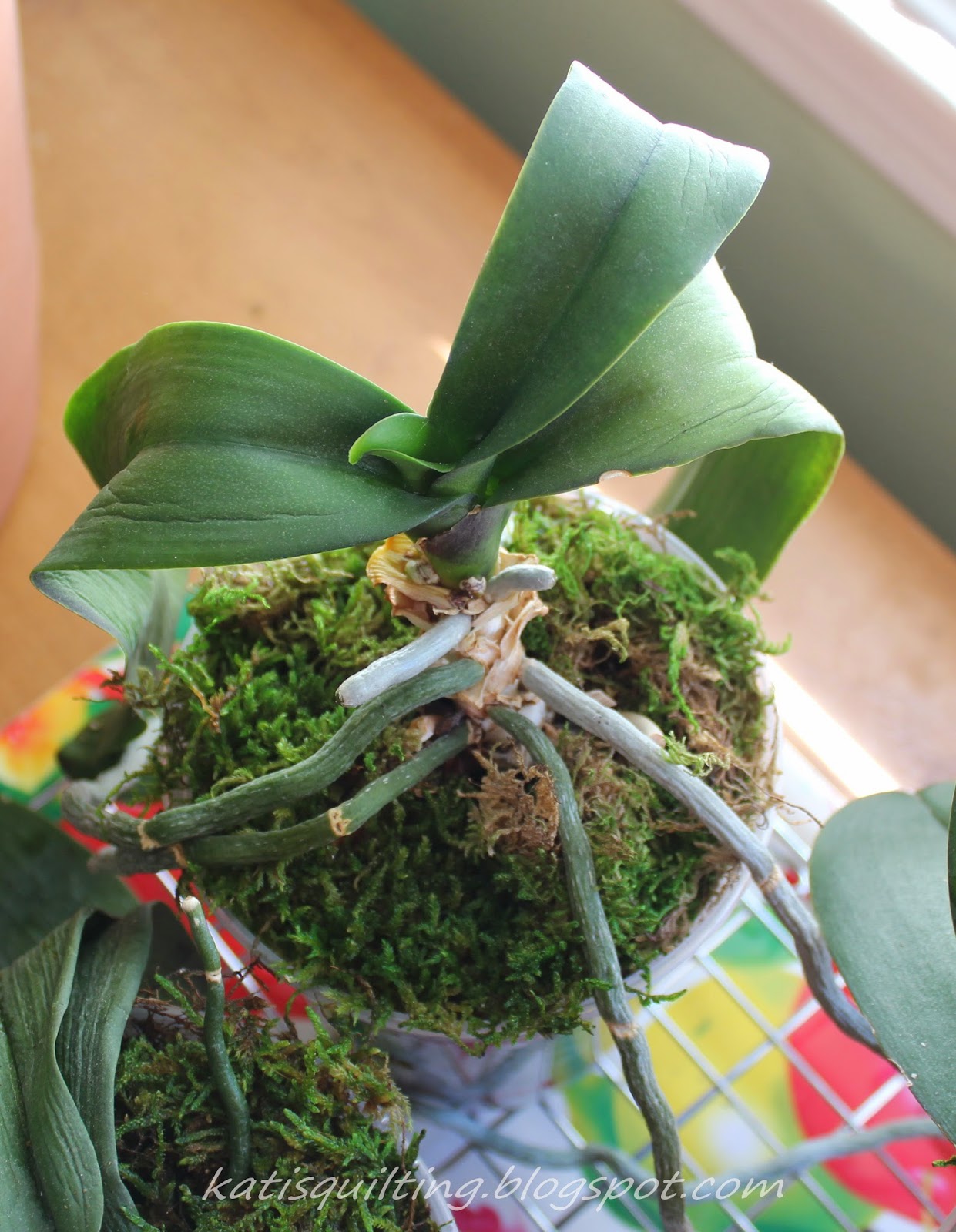 The new leaf  grew a lot, and the wrinkles are almost gone: 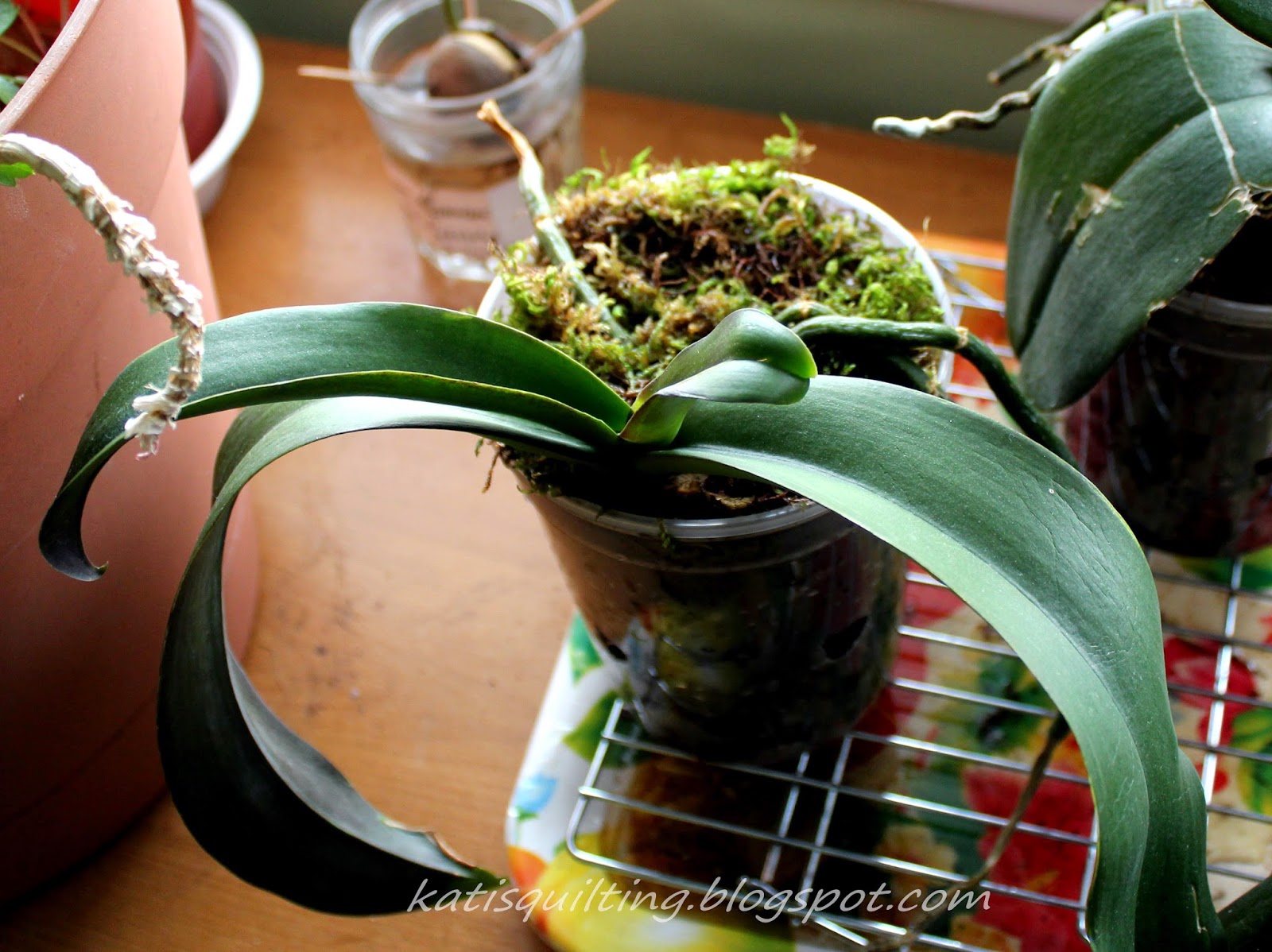 This was in really good condition, I think due to the latest purchase: 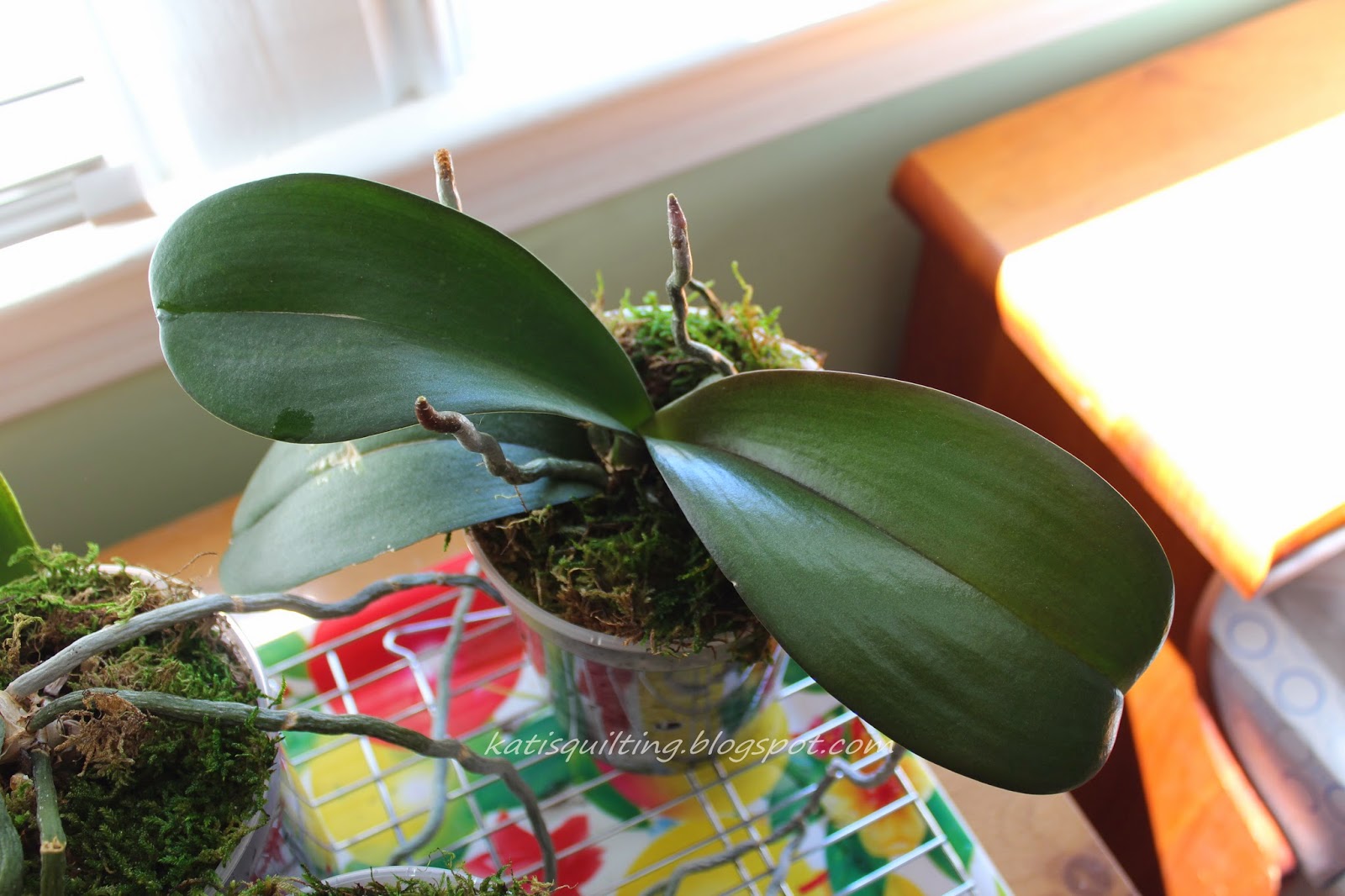 And here it is, with the stem growing for the flowers (the dark green one under the leaf): 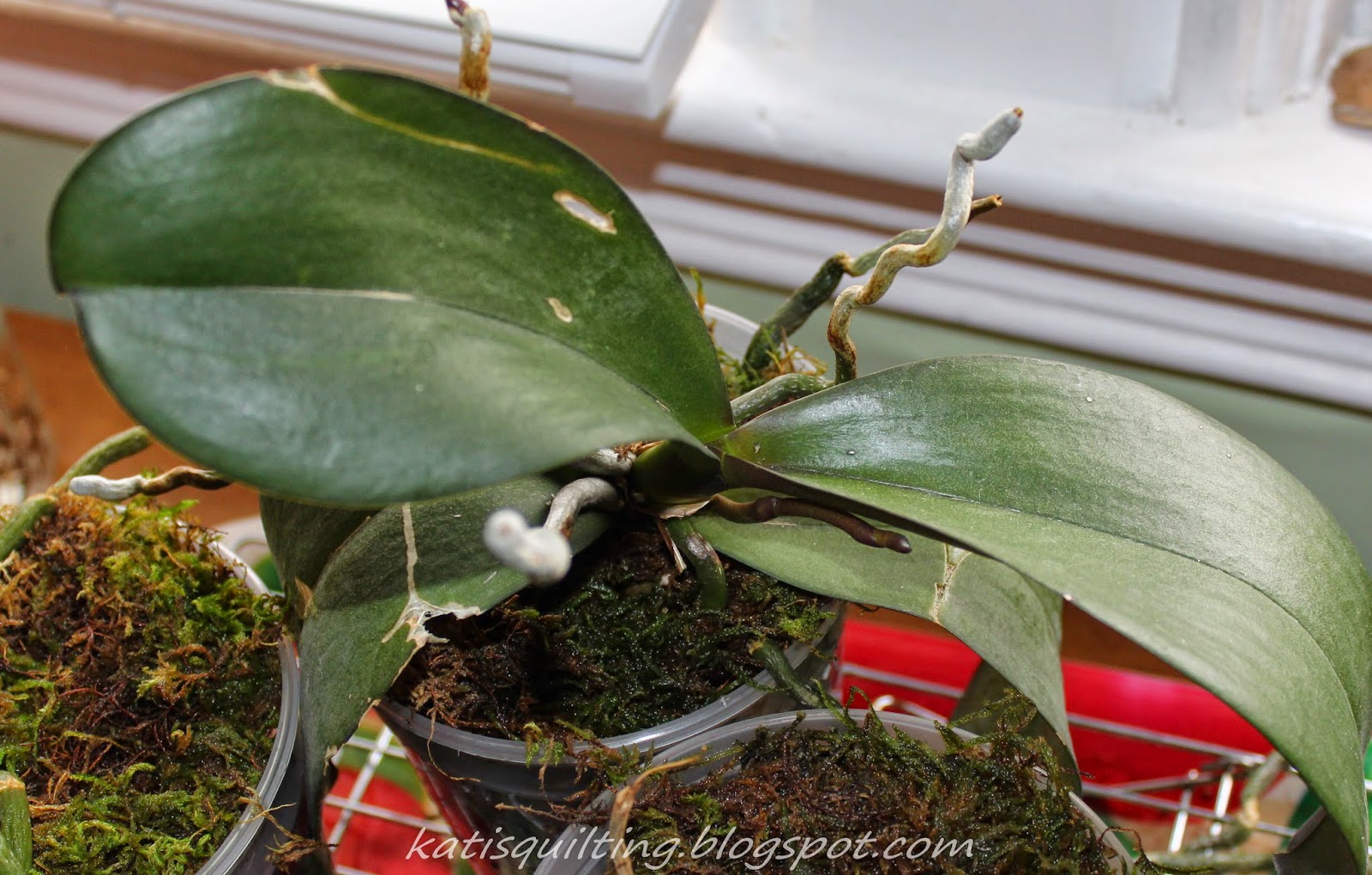 As anyone can see they are a bit more weathered than they used to be due to a couple of accidents involving Paw and his curiousness (is that the right word?) resulting knocking them over twice within a week, once at midnight... Oh, the joy of kittens :)

And a bonus: One can never be unguarded in the bathroom... :) 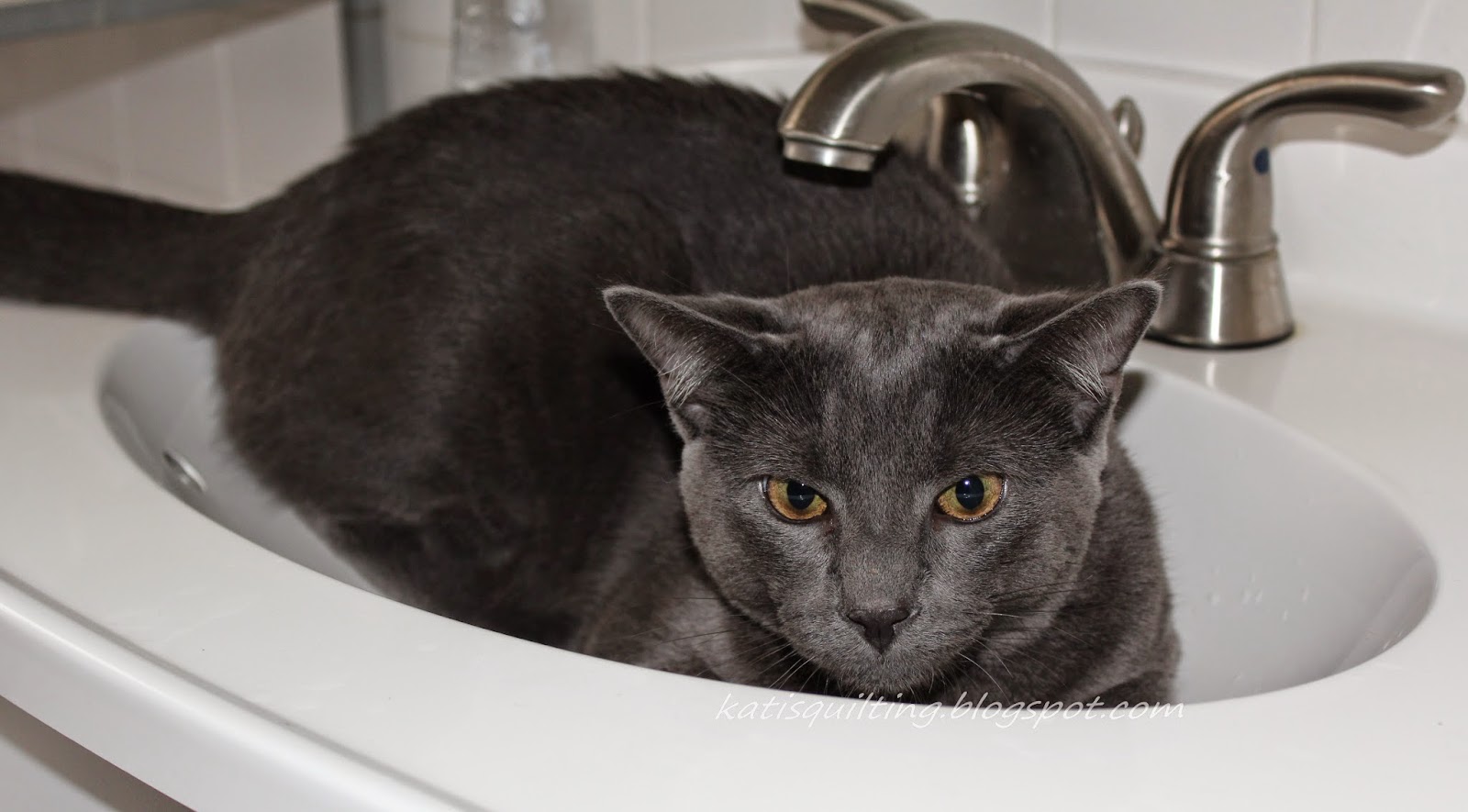 Besides all the work I'm doing I got involved in making kombucha. I'm really excited about it, as it is also a "growing" thing :)

I will be back with a different post as I realized how picture heavy this one became, but I have a very exciting news to share, in case you're not on twitter :)