I'm so excited to be back! As you could read from the title of today's blog I finally finished the first blue&white quilt. I was done with it a few days ago, just when we got about 12" of snow, but by the time I've hand sewn the binding on the snow was melting. I mean, what was I expecting in March, right?
Today was the perfect Spring day when I could go outside and shoot some nice photos.
So I  named the quilt Blu D PITA because it's blue and white (obviously) and it was a pain in the behind to quilt. As most of you  know it's from last year's Craftsy BOM class with Amy Gibson which was a really fun class to take. If you're not familiar with Craftsy you must check it out! Tons of great classes to offer in quilting and other exciting subjects.
In class throughout the year we made 20 blocks  which I divided up to make 2 quilts. I figured it'll be 9 blocks each and I kept 2 of them for a later project (which I have no idea what will be). I special ordered some nice cotton thread for the quilting from Connecting Threads (which were really cheap btw. around $2.50 a spool) and used that for the free motion quilting. The design came from Leah  Day's also Craftsy class called Free Motion Quilting a Sampler. Which I have to mention is the very last class on the bottom of the quilting classes  page, so don't panic if you can't find it!
I was very nervous to start because I've never stitched the designs She was using. I quilted in the ditch around each block with Aurifil monofilament (invisible) thread on the top and an Aurifil 50wt gray on the bottom. I used my  newer singer machine for that which now I only use for piecing. Since I have a double layer of poly batting in the quilt (I like it poofy) I had to wrestle the quilt through the machine bed which I later realized resulted in a very wrinkled sashing. Which didn't help me with the sashing quilting later. That was the reason for the PITA part :)) I custom quilted each block with a different design, that's the reason for the separate pictures for each and every one of them.
Anyways, I'm really glad it's finished and out of my way and could work  on the second one which is much easier since I started it and I'm keeping my fingers crossed it stays that way, too.  Now I  can cross  this out from my 1st Quarter FAL list.

I feel like I talked to much, so I'll just paste the photos for your enjoyment!

Front (inside of our bedroom): 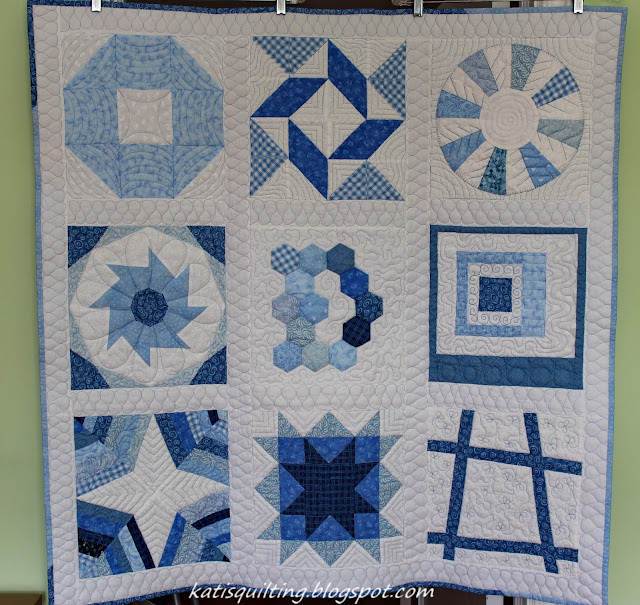 Back (no, there's no label on it since I don't have PFD fabric to print on): 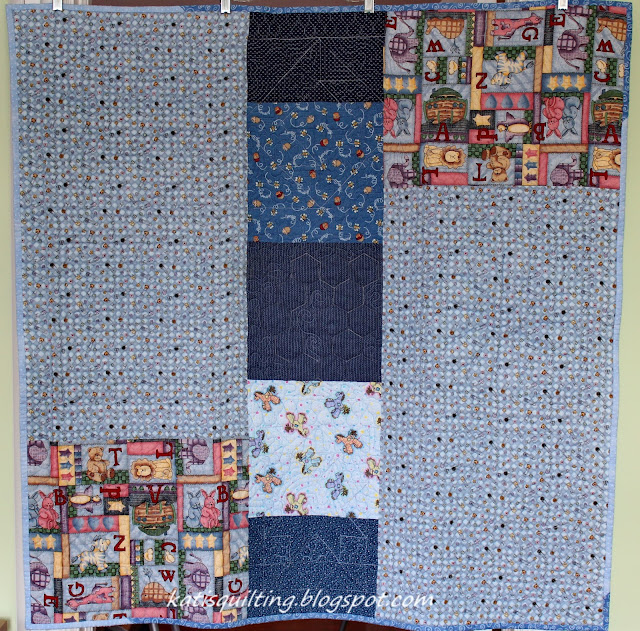 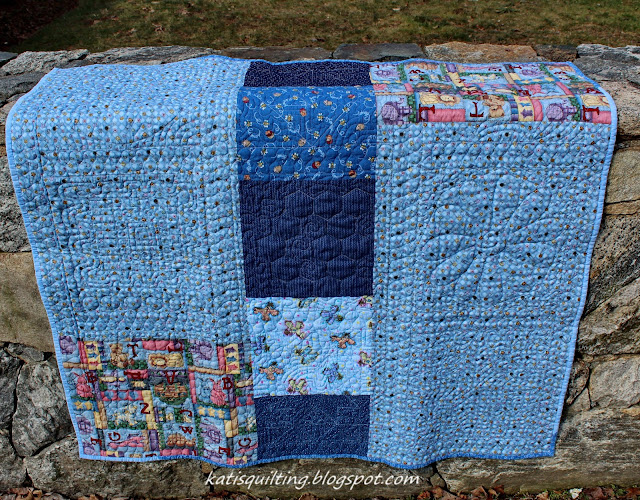 In the front yard: 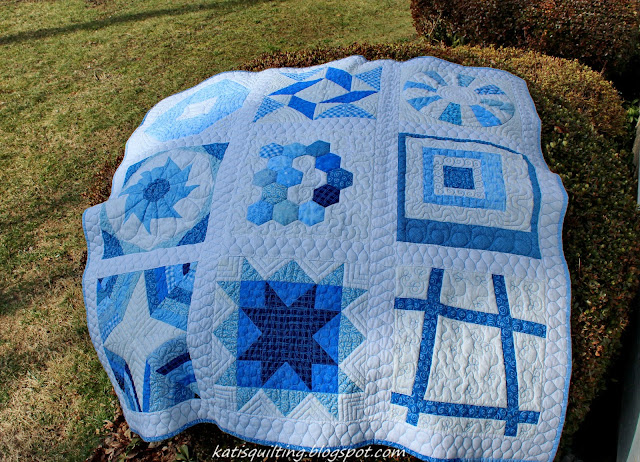 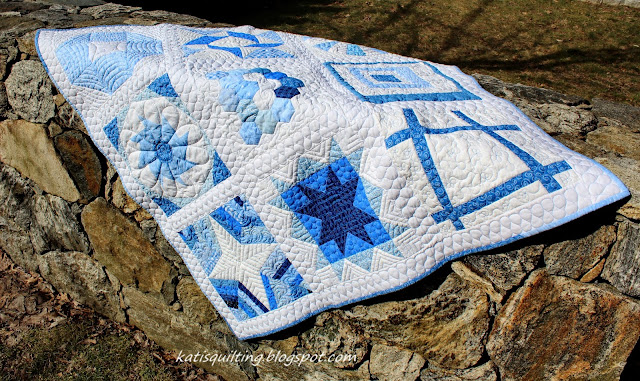 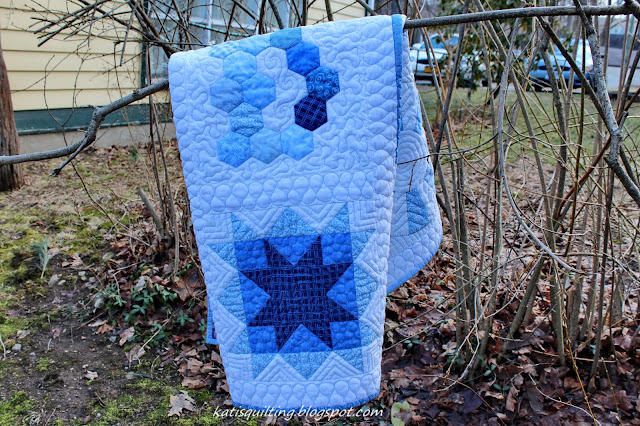 And the blocks one-by-one: 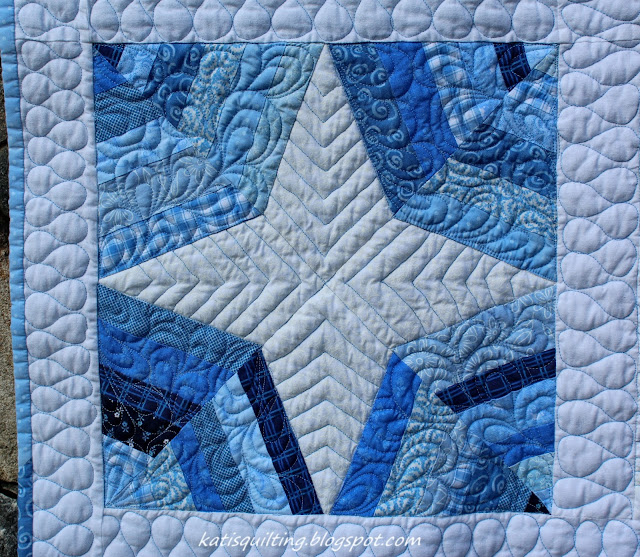 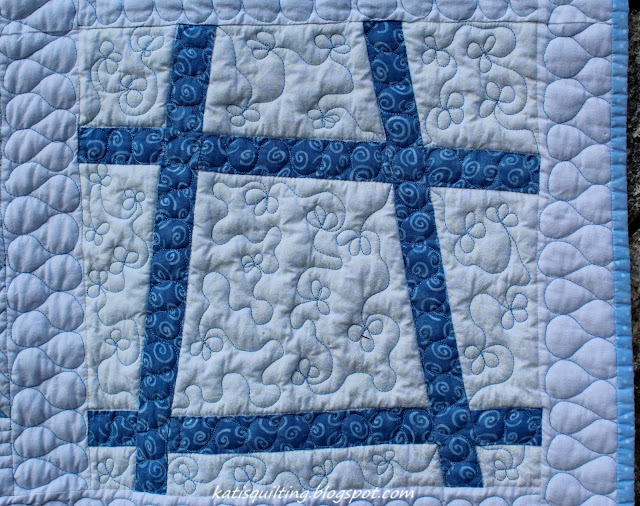 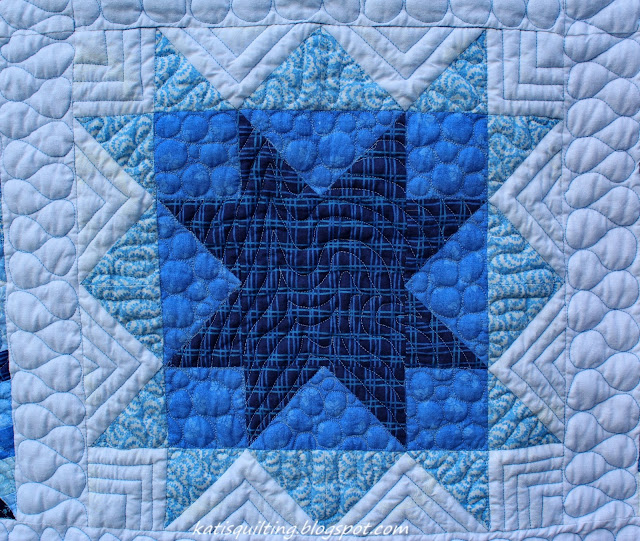 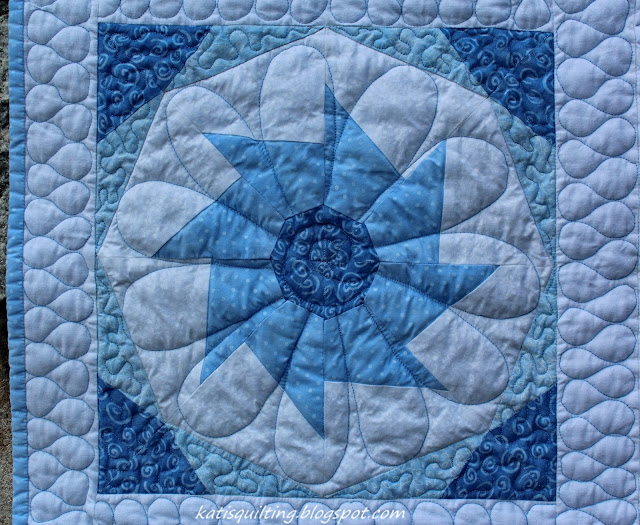 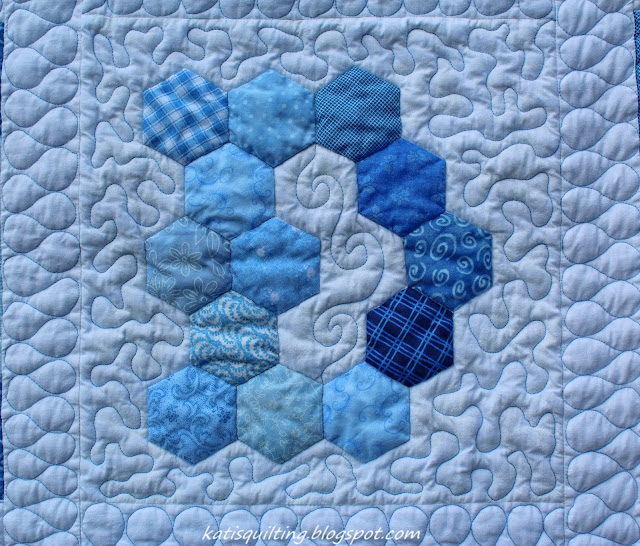 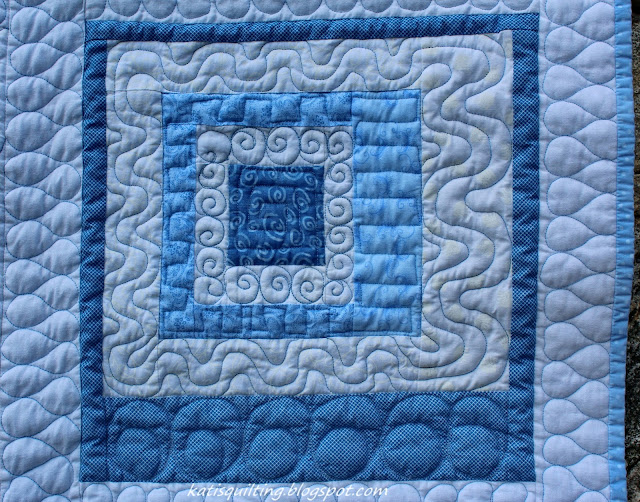 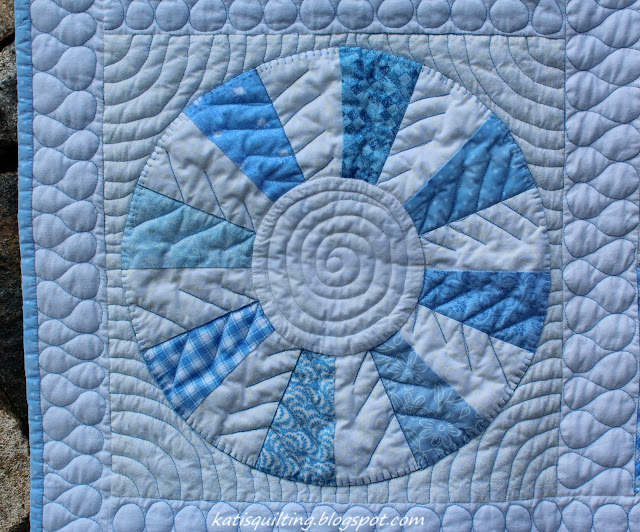 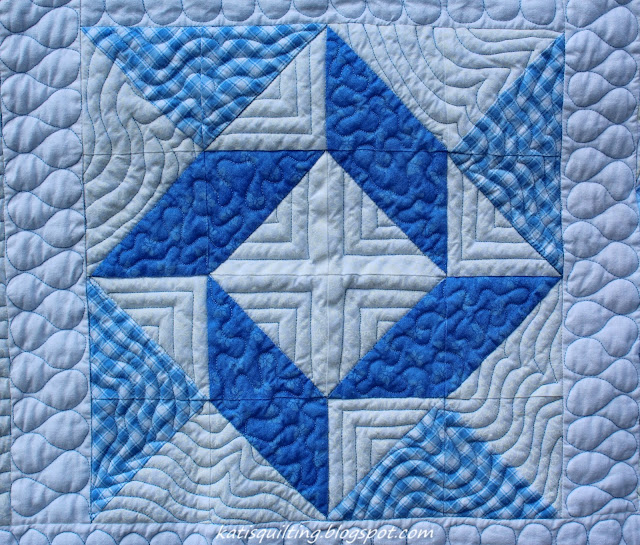 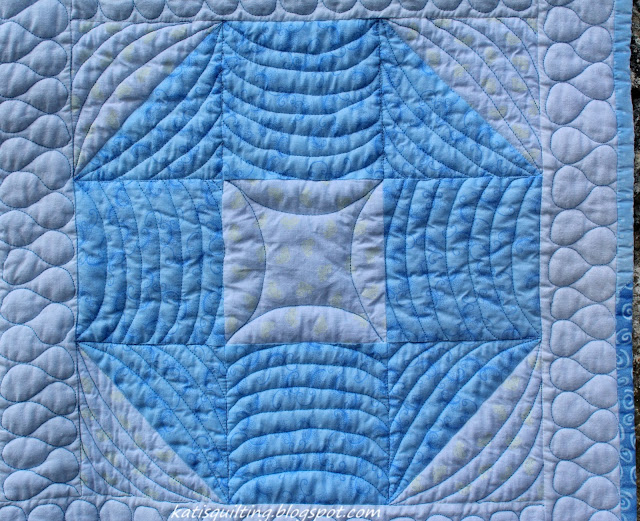 And a little Spring at the end: 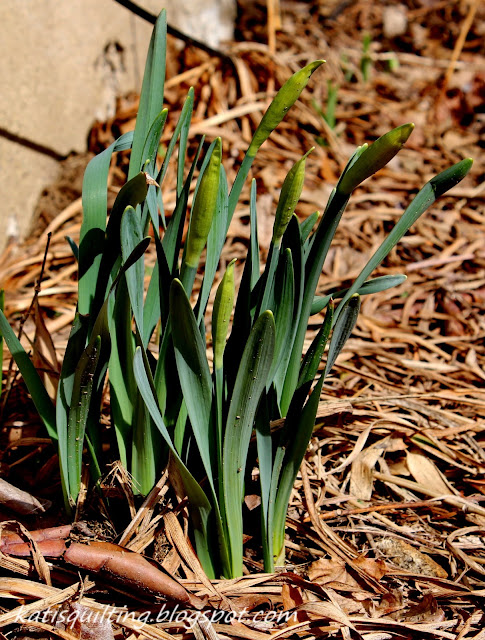 Hope you liked them as much as I had much fun making the quilt.