So here's my story:
I am a member on Craftsy.com, the best website (at least IMHO) for taking online quilting/sewing/cooking/baking classes. They have awesome teachers, and once you buy a class you have access to it 24/7 and they never expire. If you have not heard of them, or have not taken any classes from them, I highly recommend them to anybody.
I signed up for quite a few classes and going through them slowly (you know a girl's gotta sew!). I get emails from them from time to time stating when they have sales, or they give out special offers. I got one of those a few days ago, letting me know that 2 of their classes were on sale, if I'm correct they were 50% off, both for $14.99. As I saw the class titles I knew I had signed up to both of them already, so just for fun I wrote back:
"That's a bummer, because I have both of them in the queue already... :)))"
A few hours later I got and email from Patty who thanked me for reaching out to them and being an active member of the community. Talking about making me feel good! :) She explained to me that their goal is to reach out to members with offers that they think the member would be the most interested in. And since I have a ton of classes in my queue already, it's hard for them to offer classes that I don't own already. Ehem :)
She basically extended the offer and asked me which classes I would be interested in. I wrote back to her and named the 3 classes I most wanted to get (didn't want to be pushy and let her know that all of the ones I don't have already, LOL!). And also had a question which I think most of the quilting community would like to see, which is having the option to add friends on Craftsy to be able to see who is taking what classes and what projects they're working on.
Patty put the 3 classes in my cart for the sale price of $14.99 each. I was stunned! Also She'd let me know that She will let the rest of the team know about the request of being able to make friends and they will consider it in the future.
I just wanted to say, thank you so much Craftsy team, you're doing a terrific job!
Disclosure: this blog post is my own opinion based on my own experience.

Ready to sew the blocks

I'm thrilled to report that I'm done with all the units for Celtic Solstice Mystery, yaaaay! They are all sewn and trimmed, ready to be put into blocks.
I just printed out the Clue 6 directions and will start to sew the blocks together.

Here are my Clue 5 units, which are the shaded 4 patch blocks that we also used in the Easy Street Mystery Quilt. 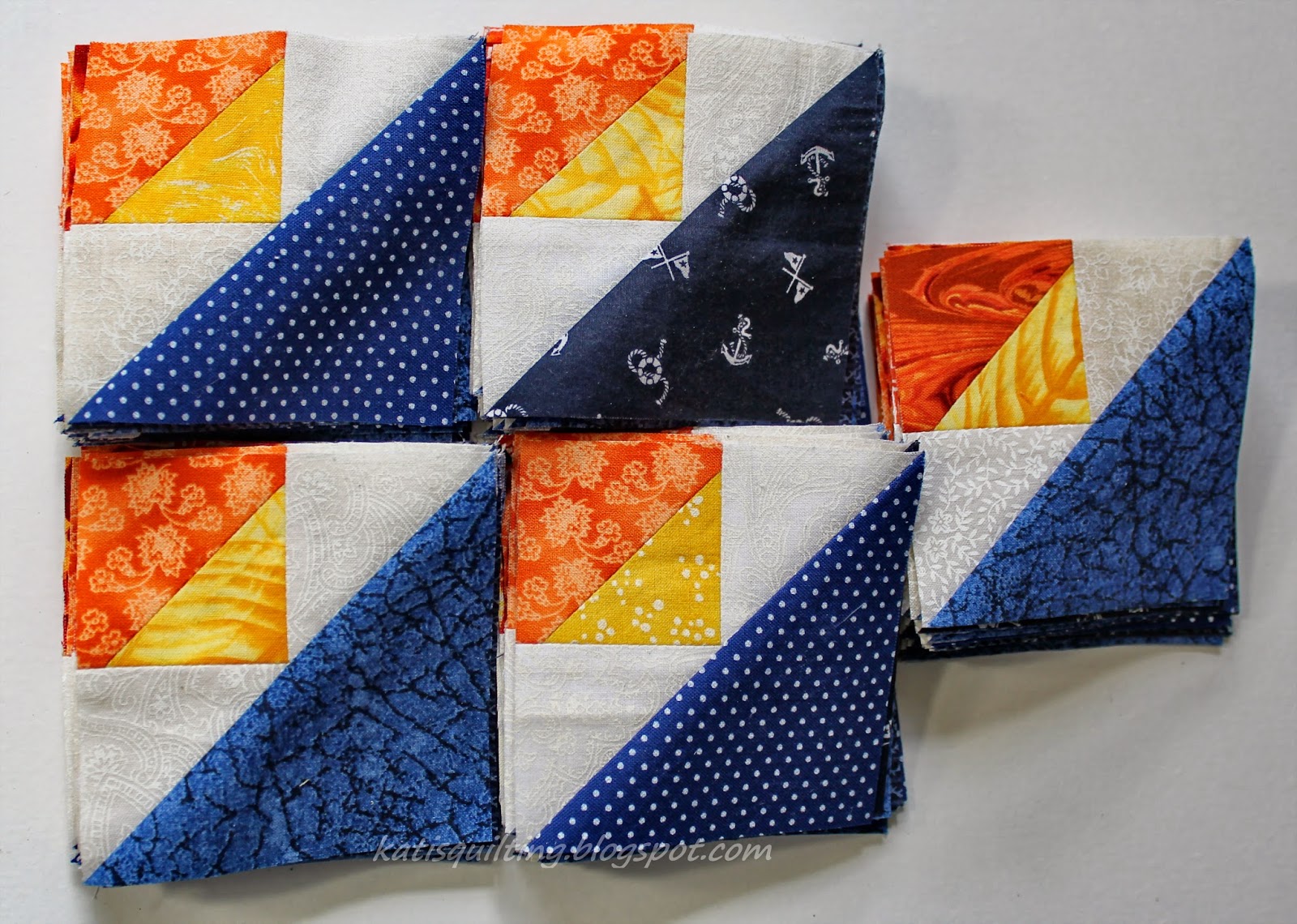 I got a lot of feedback from people that they liked the colors I picked. I can't wait to see this top all together!
I think I'm gonna have to make a list of my tops waiting to be quilted so I can go and buy the batting I need to finish them all. Exciting times ahead! :)

I'll be starting a new project with applique very soon with Gretchen from 120 blocks blog. We decided to tackle this together and I can't wait to start! I haven't decided if I want to do hand applique, or discover the machine applique world, or do both. We'll see what the future brings!

Hello again my friends!
I am really glad you're back!


I just want to give a quick update about what I've been sewing the last few days while on vacation. It's Sunday night now and yesterday was the first day I left our house since Monday's grocery run. Does that say something? Also on Thursday we had a snow storm with 10" of snow so I thought it was appropriate if I were sewing all day for a few days. I had lots of food made before the snow hit and since it's freezing cold outside, I have a second fridge on our covered porch. 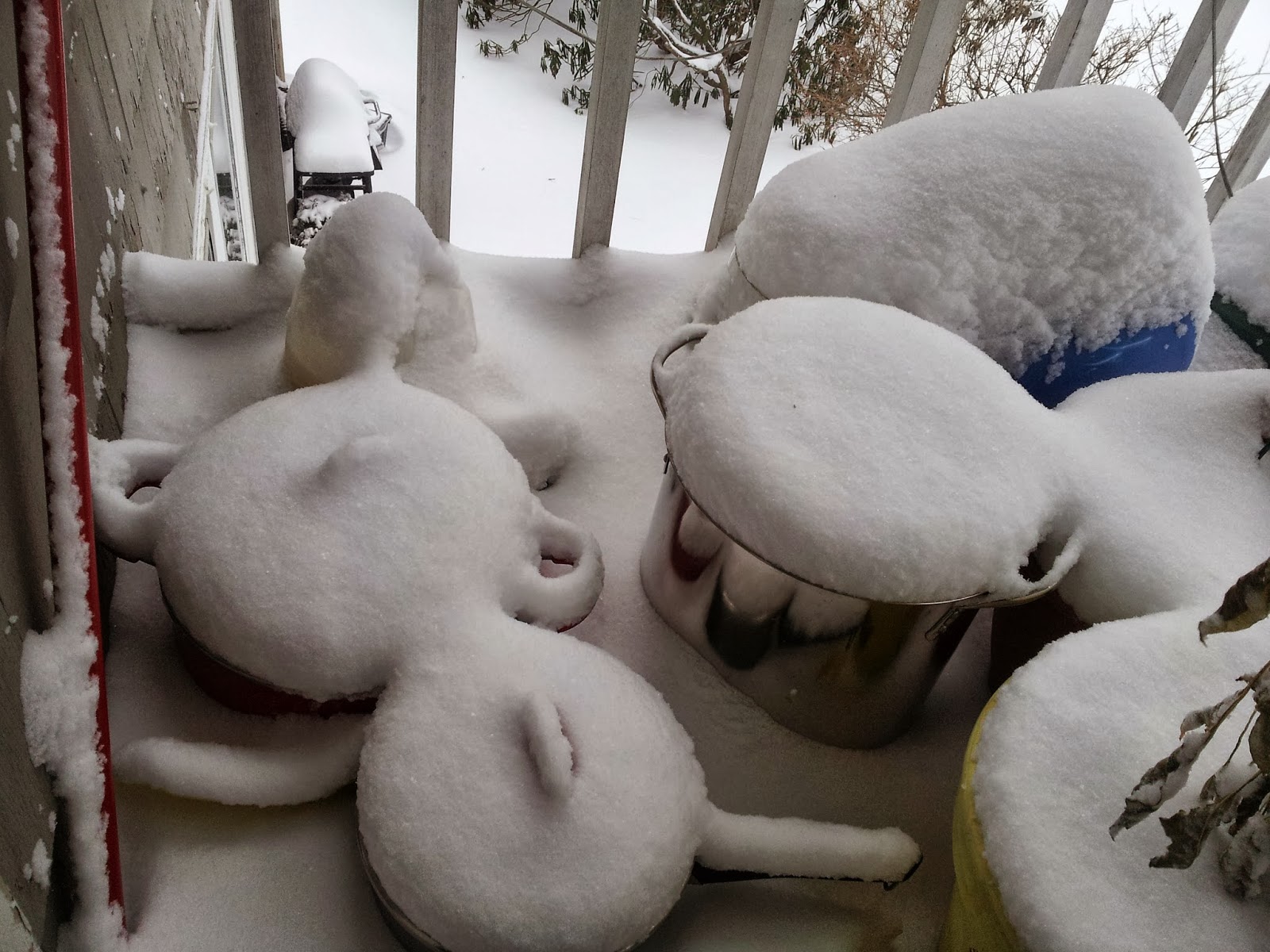 Stuffed cabbage, chicken soup, and lentils, all snowed in now :)))

Everything is white! Too bad it was a windy storm and not all the snow stayed on the trees :( It's not as pretty as it is usually. 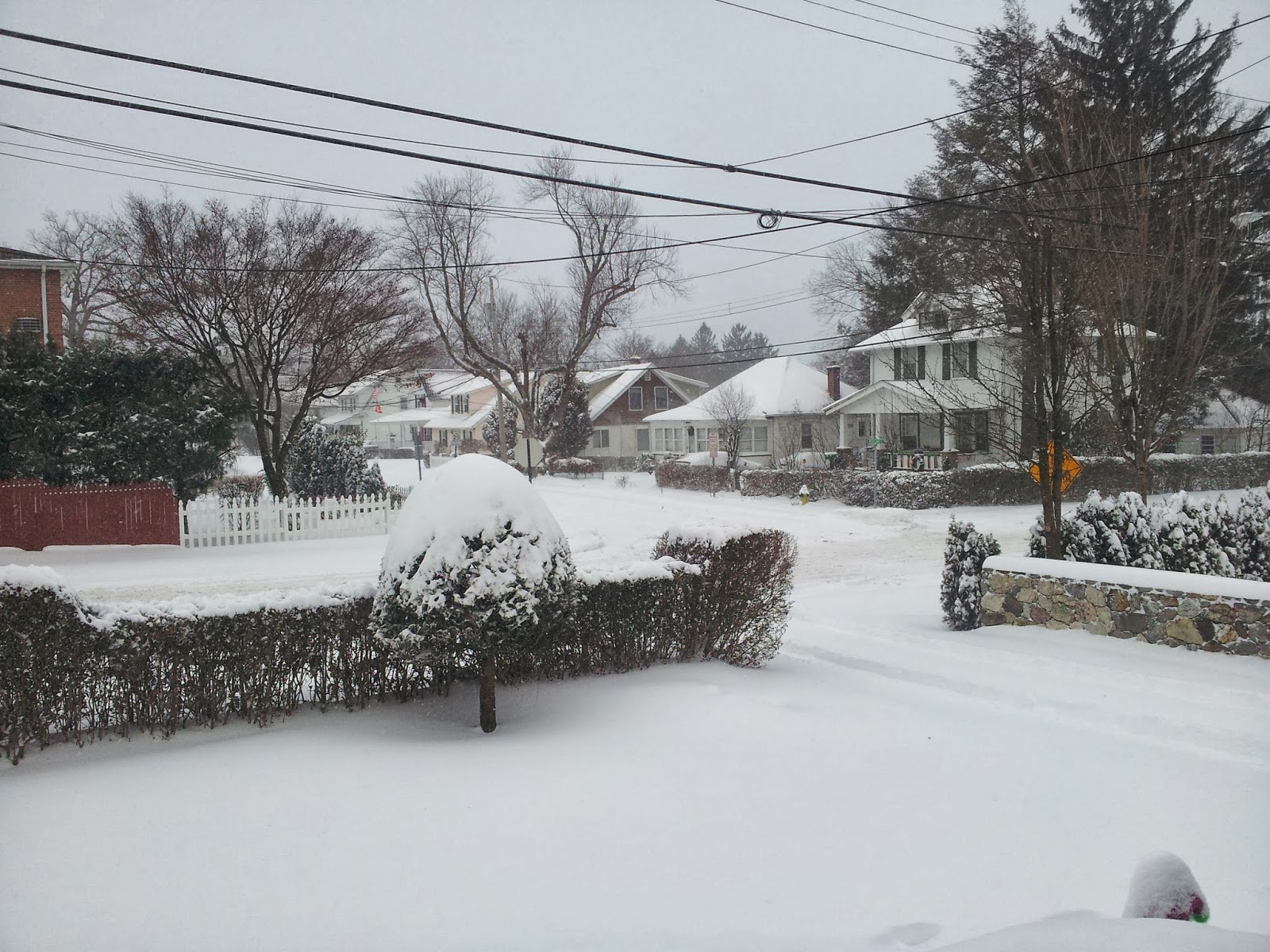 I've been working away on the Celtic Solstice Mystery quilt. Since my last blog post I completed Clue #3 and Clue #4. While making all the small pieces I was thinking maybe next year I'll try to make the units twice the size and make less of them to see how that works out? Or after I see the reveal for this one I can decide if it would work with bigger units.

Clue #3 in the trimming progress: 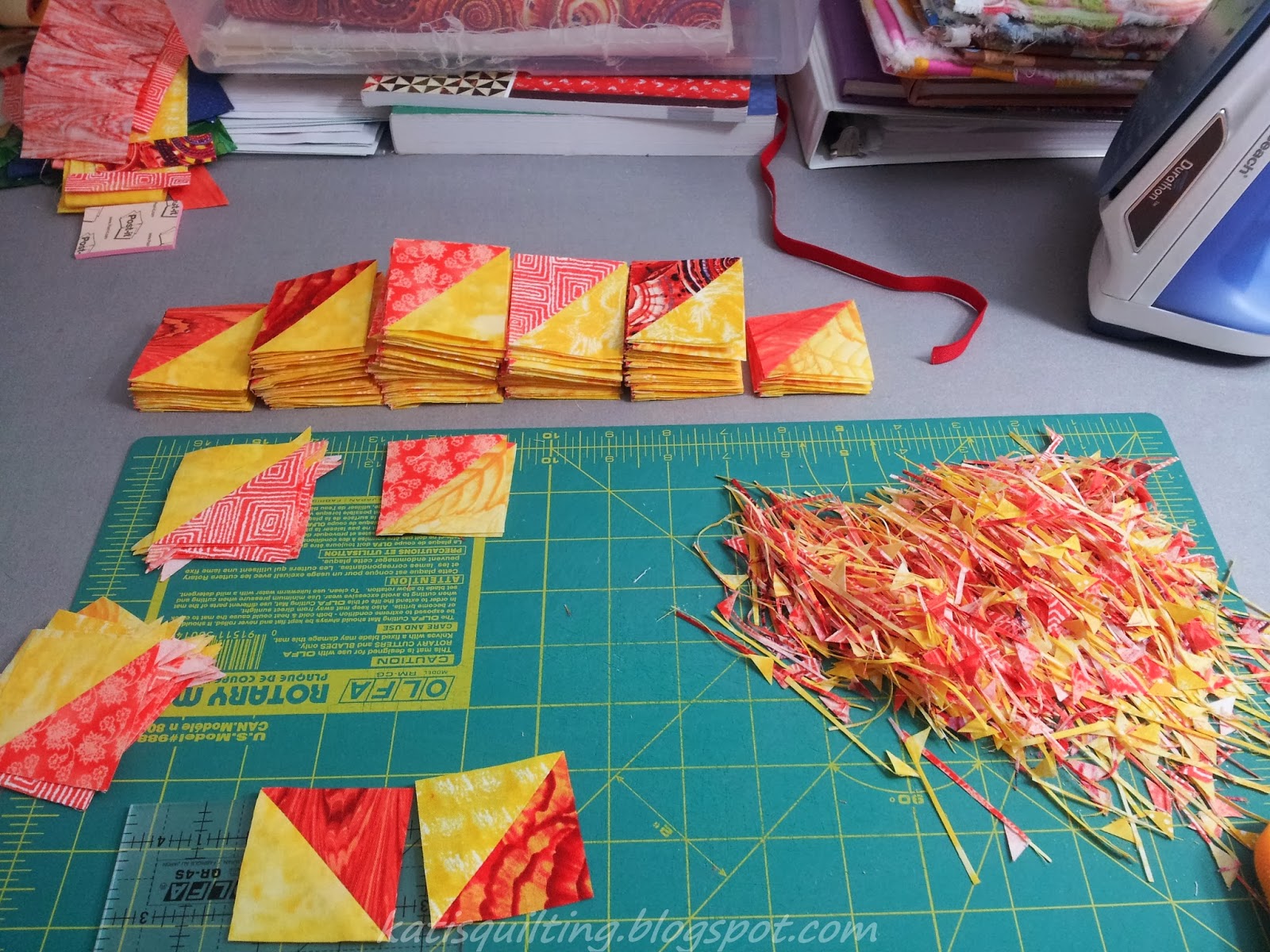 And all the 25 pretty pinwheels: 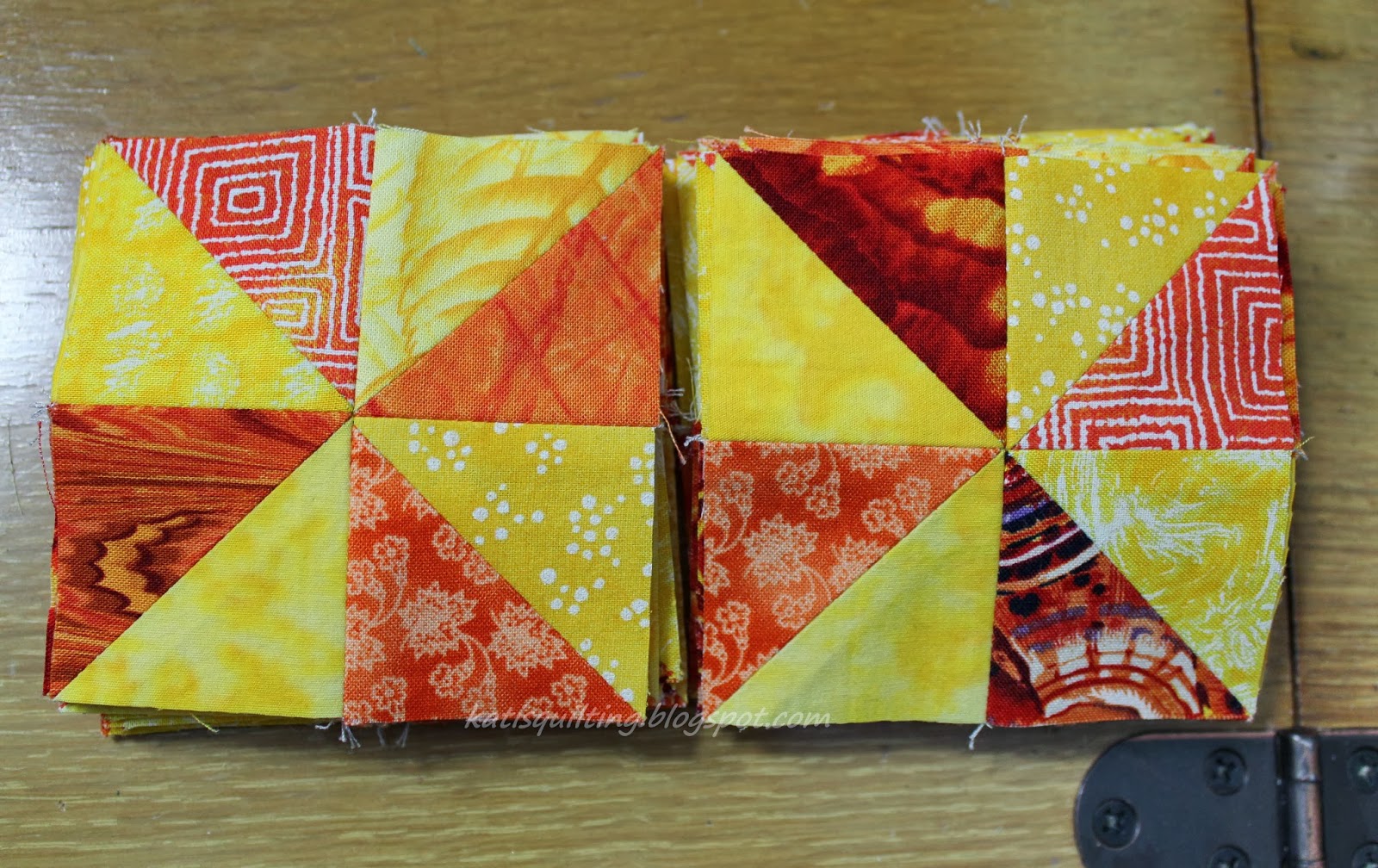 Don't you just love yellow and orange together? I certainly do! 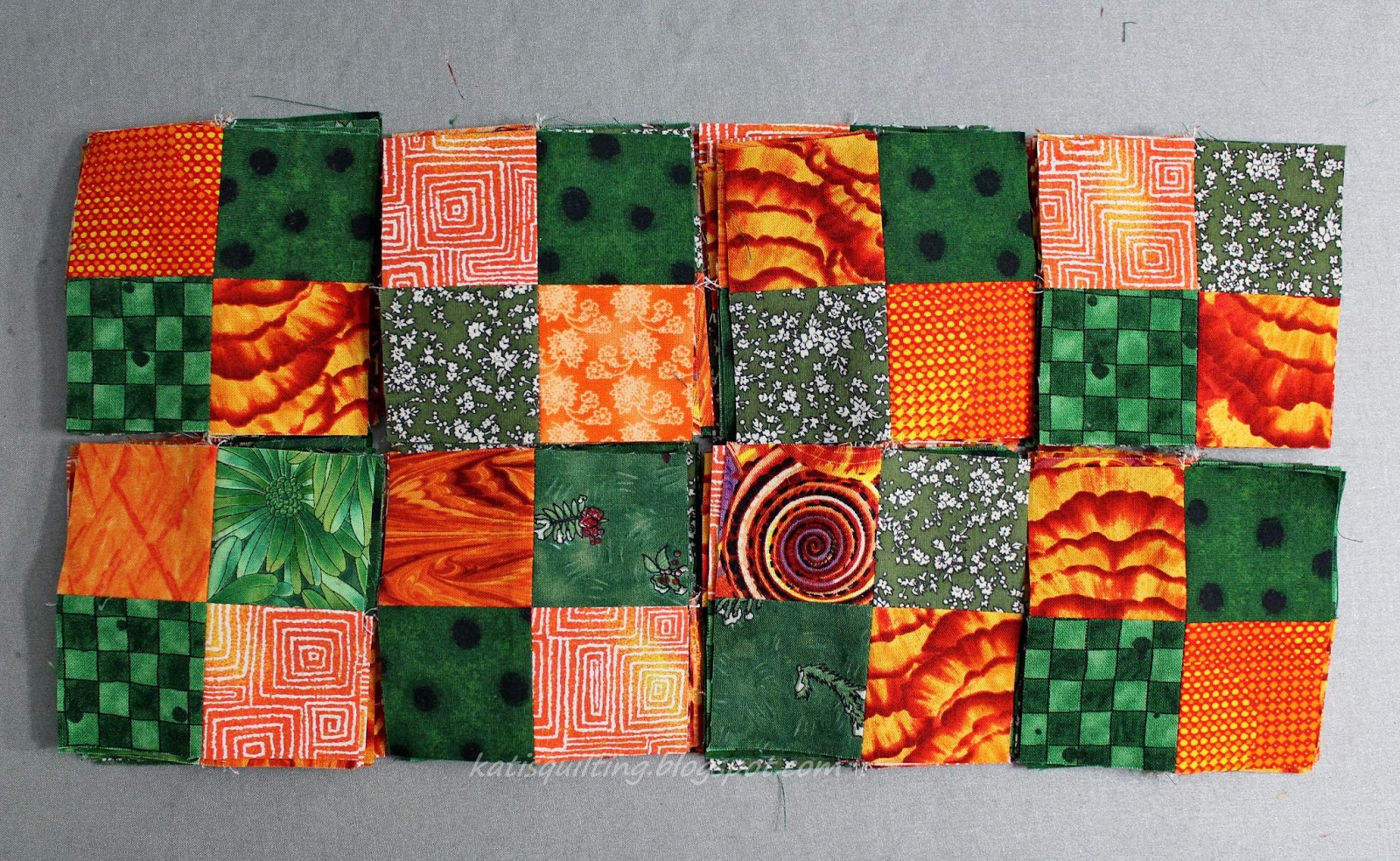 I still have Clue #5 left which I am eager to finish as the next step is the reveal and I don't want to see it until all my units are done. 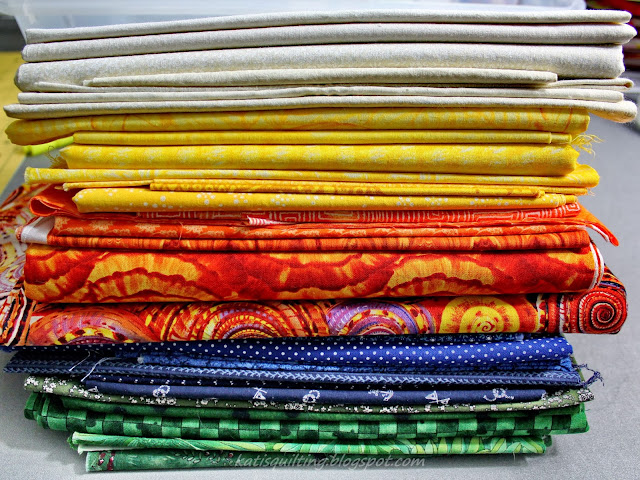 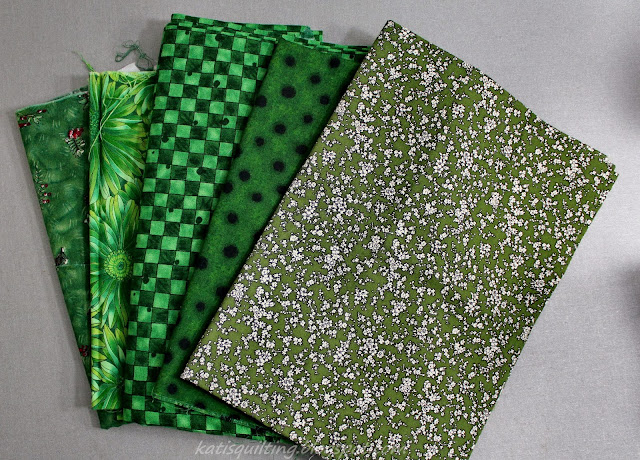 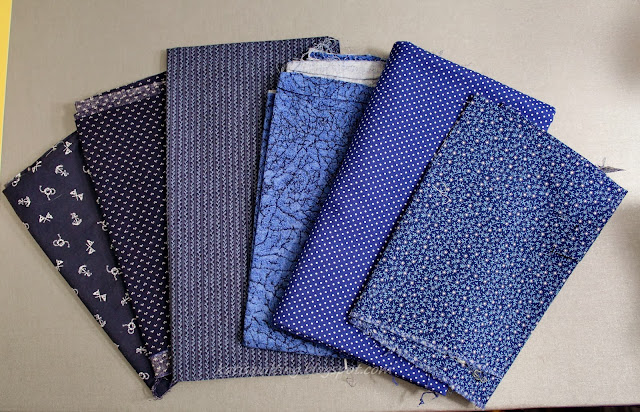 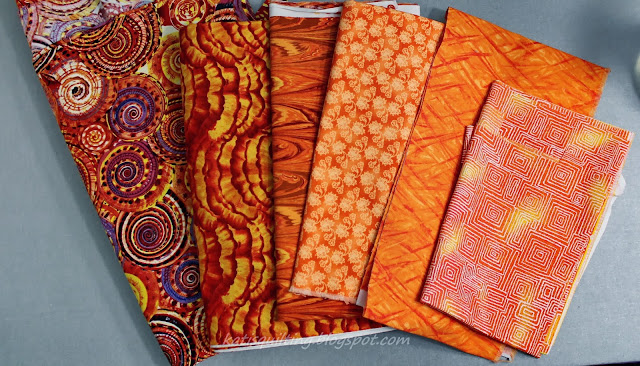 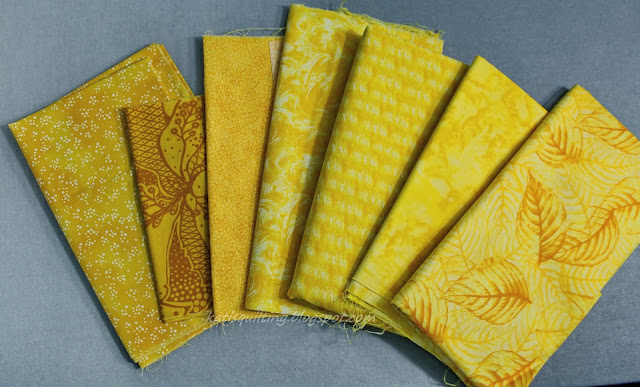 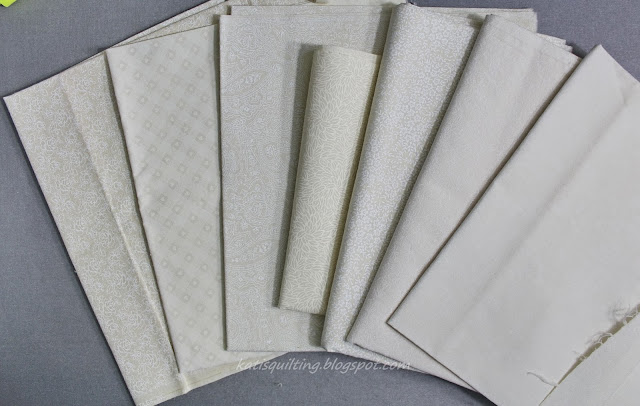 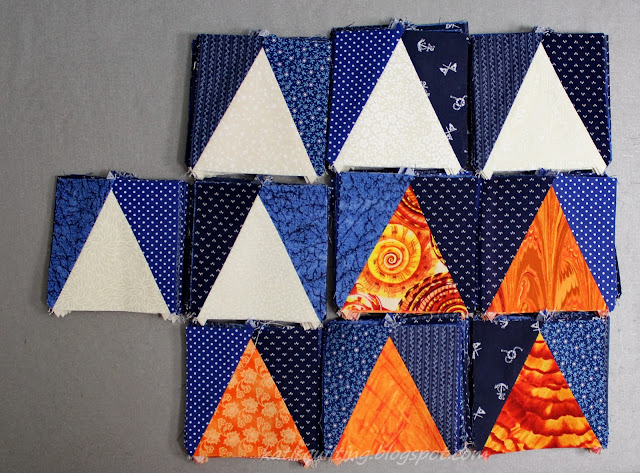