I was catching up with my blogs, as usual, and found Lynne's post at Lily's Quilts about a Small Blog Meet linky. Since I still haven't reached the magic 50 I thought I link up my blog to meet some people from blogland who struggle with the same thing. Not that I need a huge number of followers, but it would be nice to get a little more feedback on my blog. And the bigger the numbers, the more comments I'll get. Hopefully! Or should I say the more the merrier? :)) If you've been following my blog you know that I prefer quality over quantity anyways. But it doesn't hurt to meet more people :)
If you have less, than 50 followers and are interested in linking up here's her button:

On the sewing department I finally finished hand appliqueing the letter "D" for my Craftsy BOM for May  khm... April :). It's one of the 2 blocks that we're making, haven't started the second one. Bad me, I know!

Here  it is in it's full glory: 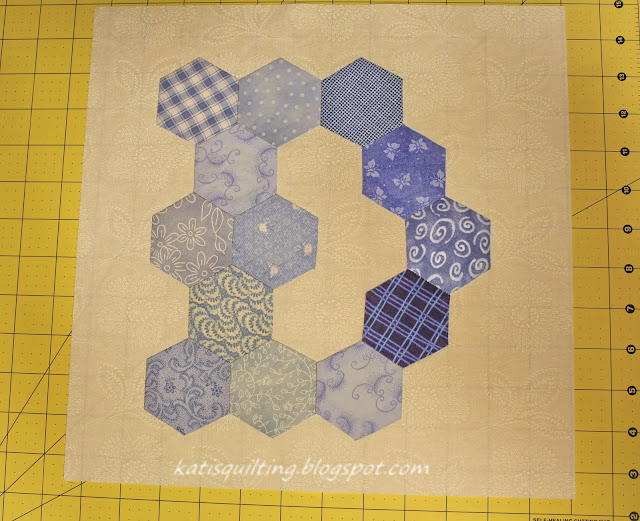 As I said in my last blog, I'm working on a Dresden Plate baby quilt and happy to announce that I'm finished appliqueing all 12 of the plates on the background, yoohooo! It took me all week and I worked on them every day. Yes, sometimes just for a half an hour or a little bit more, but finally it's done. I'm lucky because our meeting with our friends was cancelled due to her bad back and postponed it to next weekend. I'm kind of happy about it because it gives me time to finish the quilt next week and will have time to wash it too. And of course to take a picture before I give it to them. I was worried about that part in particular. I'm hoping for some nice weather for the end of next week so I could take my masterpiece outside for some really nice shots. I was kind of disappointed not to make it to the final 5 at Amy's Blogger's Quilt   Festival, but I think it was because I didn't have an outside shot of my quilt since it was raining when I finished it. Or maybe people didn't like it as much. I got a lot of compliments on it and that's what it counts.

Here's a sneak peak about the plates. I only laid out 4 of them since no more fits on the dining table :) Of course as soon as I started to take the pictures helper cat showed up and refused to leave. UGH! 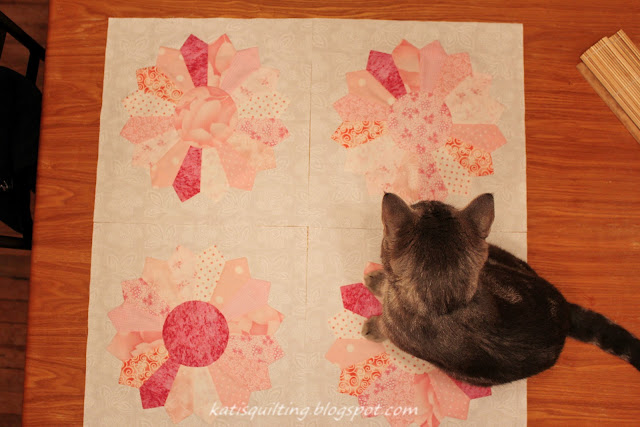 A close-up on one of the blocks: 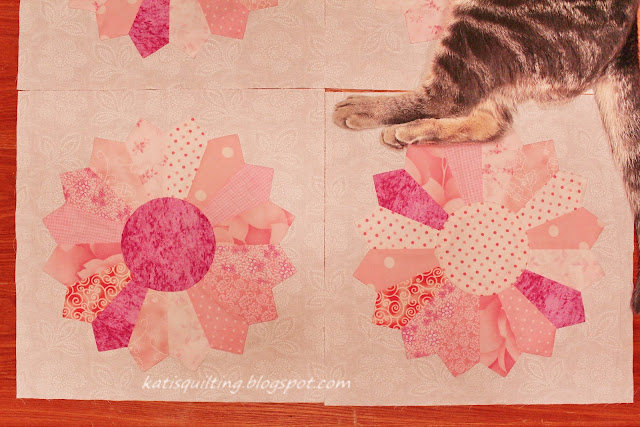 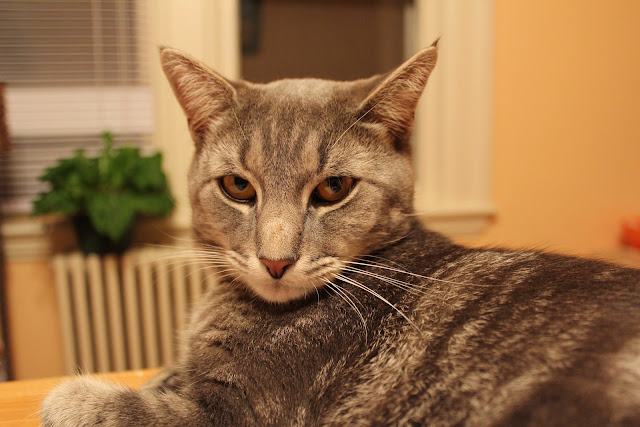 And the "rabbit paws" as I call them! 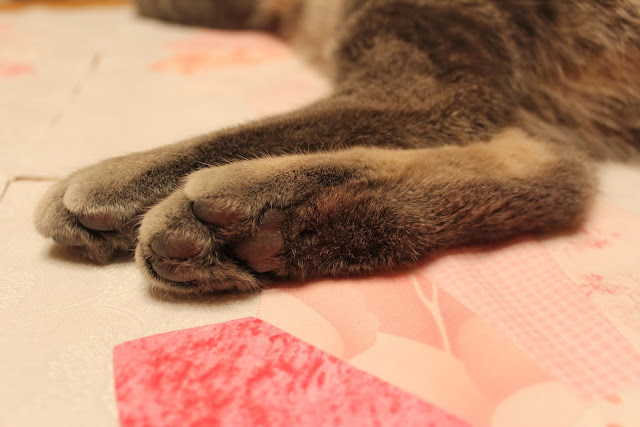 That's all for now, I"ll be back with the progression!