I  don't have much to show, but what I do have makes me feel pretty good! I've been thinking about how do I want to finish the Dresden quilt top and came the idea that I wanted to make 3-D pinwheels for the 4 cornerstones. Again I went searching online hoping to find a tutorial for it. Unfortunately what I found was different than what I had in mind. Guess I'll just have to do another tutorial! Do I have a magnet for 3-D things? Who knows...
Meanwhile I'm proud to present my very first block that I had to figure out on my own. I had to do some seam ripping and re-sewing (3x exactly) to get the points as close to perfect as possible and I'm satisfied with the result. There's no better feeling than when you keep un-doing stitches and at the  end you get the points matching. Yeah!! 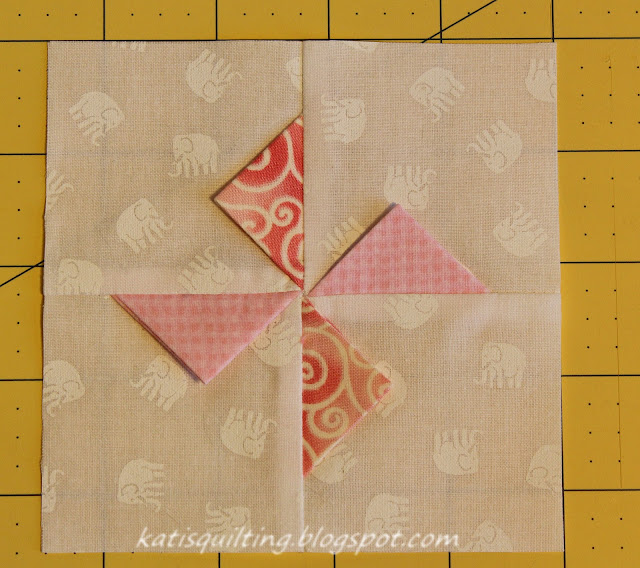 This block is 4.5 inches right now  and will be 4 inches by the time the borders will be sewn.
I almost forgot... I did finish 2 more blocks of my Craftsy BOM for June. They were pretty easy, only squares and half square triangles. Except the fact that I had to remove the tape I have for the 1/4 inch seams on my machine to sew the HST blocks. After I'd put it back it was off... with not just a hair. And of course I only realized it after I took a picture of my  block and wanted to make sure it's 12.5 inches square. Was NOT!! It was about 5/8 inch off. I took the rows apart, adjusted my seam allowance and re-sewed the block. I twisted one of the patches so I had to take it apart again and repeat. I did this 2 more times while watching Game of Thrones on Sunday night. They had a re-run on HBO since it was the final episode of this season. I was at the point of pulling my hair out when finally it came together. 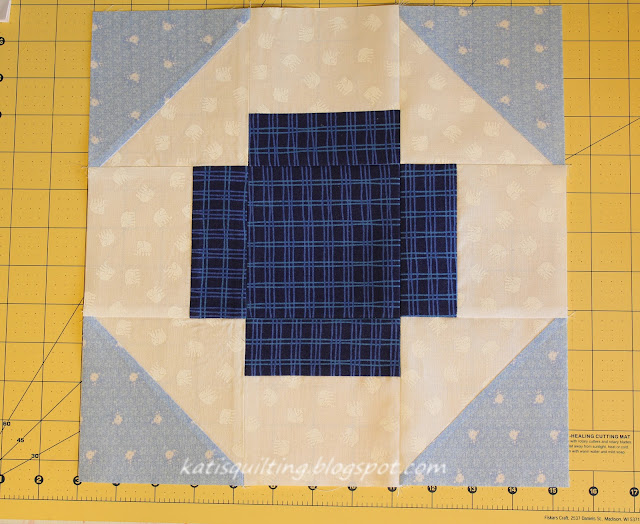 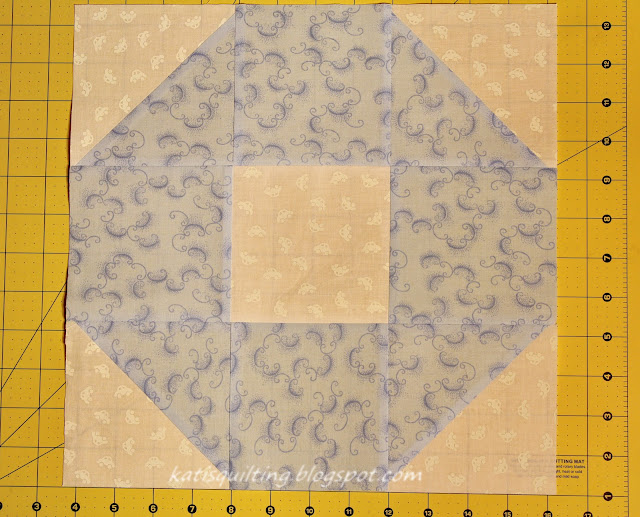 As usual, I had my helper, this time #2 who is called Kormi who made sure I can't sit down while I'm sewing so I had to squad to press the pedal and bend down to see what I'm doing. Nice, huh? 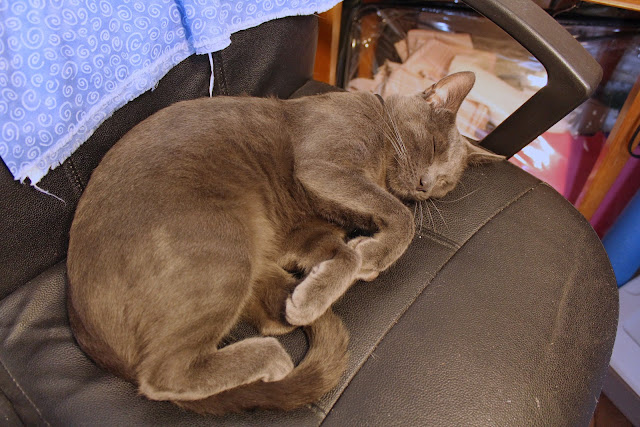 That's all I have for now, just wanted to share the excitement!